Bangladeshi racer Avik Anwar and Hyderabad’s Jeet Jhabakh scored a victory apiece as the opening round of the Volkswagen Ameo Class concluded at Kari Motor Speedway on Sunday. 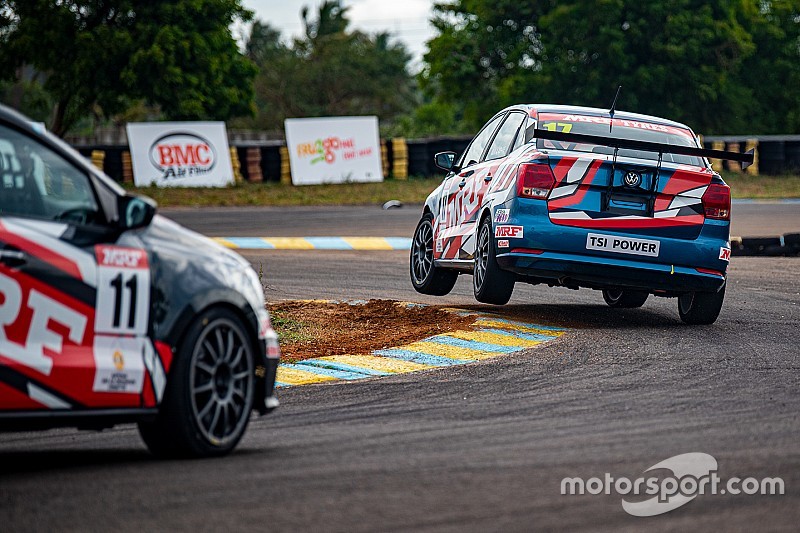 Viraj Jairaj Jhala lined up on pole position in the reversed-grid race 2 but was slow off the line, getting sandwiched between Anwar and Sadat into turn 1.

Sadat dived down the inside of Jhala to seize the lead, with Anwar also surging ahead by going around the outside of the Nashik-based rookie.

At the end of lap 1, Sadat held the lead from Pratik Sonawane, who had managed to pass Anwar for second.

Sonawane also overtook Sadat later in the race and won the race on road, but was later handed a 10-second penalty that dropped him down to fifth.

That handed the winning honours to Anwar, who had completed a crucial pass over Sadat at turn 5 before the end of the race.

Jhabakh’s victory was relatively straightforward as he led from start to finish in Race 3, securing his second victory of the weekend following his race 1 triumph.

Anmol Singh Sahil finished second, while Sonawane salvaged a podium finish after his penalty in Race 2.

Practice pacesetter Saurav Bandyopadhay could best manage a fourth place finish on Sunday, having stood on the podium in Race 1 yesterday.

The junior honours of the day went to Sadat, the Bangladeshi racer finishing second and sixth overall in races 2 and 3 respectively.