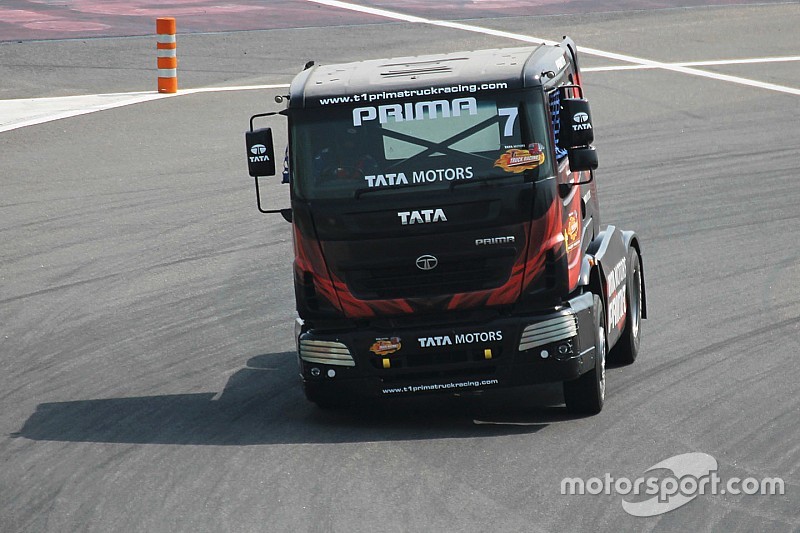 Nagarjuna A took a straightforward win in the Champion class of Tata Prima Truck Racing Championship at the Buddh International Circuit on Sunday.

In stark contrast to the earlier two races, the Champion class race was fairly incident-free, with all 10 drivers making it to the finishing line.

Bhag Chand was the biggest gainer of the day, taking advantage of the first lap to jump from eighth to third and claim the final spot on the podium.

Bhagat Singh was next up in fourth, with Shankar Kumar completing the Top Five.

The only lasting battle took place between Bakas Mahato, last year’s batch 1 winner Jagat Singh and Raju Lal Gurjar, with the trio making multiple contacts over the course of the 10-lap race.

Mahato emerged on top in the three-way battle to secure the sixth spot, with Singh and Gurjar having to settle for seventh and eighth respectively.