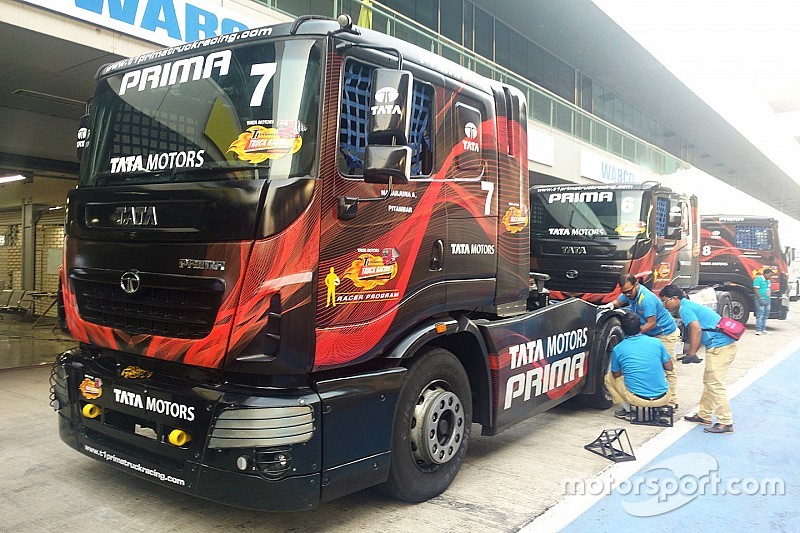 Pitambar and Nagarjuna claimed pole position in their respective classes during the annual Tata Prima Truck Racing Championship at the Buddh International Circuit.

The Indian drivers are segregated into two categories based on past experience. While the newcomers race in the Super class, the Champion class is reserved for drivers who made it as far as the Trials round in 2016.

In the Super class, Uttar Pradesh-born Pitambur topped the qualifying session, setting a lap time of 1m50.422s around the first loop of Buddh Circuit.

The 29-year-old was the only driver to dip into the 1m50s, with his nearest challenger Mubarik’s best effort being a 1m51.114s.

Gurujant Singh was next up in third place with a lap time of 1m51.426, while Mohabat Singh was a tenth adrift in fourth.

Last year’s Batch 2 winner Nagarjuna A claimed top honours in the Champion class after setting a time of 1m50.294s.

Malkeet Singh put his #10 Tata Prima truck on the front row in second, with Shankar Kumar Singh qualifying over a second behind in third.

Jagar Singh, who also took a victory in 2016, could only manage fourth on the grid, ahead of Gobind Singh.