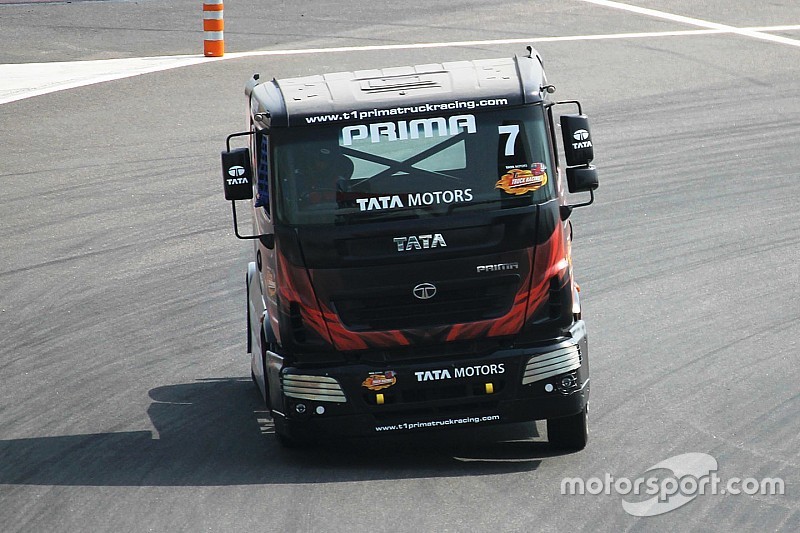 Pitambar made a perfect getaway from pole position and was able to extend his advantage lap after lap, eventually taking a dominant win by a margin of 33.236s.

While Pitambar was never challenged for victory, there was plenty of action behind the Uttar Pradesh-born driver.

Mohabat Singh and Gurujant Singh made light contact at turn 1 while batting for third place, before the former went wide at turn 4. Gurujant also hit trouble on the opening lap, the do falling down the lower reaches of Top 10.

Meanwhile, Mubarik, who was safely running in second place, was forced to pit halfway through the race after one of his doors struck open.

This allowed Vikramjit Singh and Shivnihal Singh to battle for the remaining two podium positions, with their rivalry taking an ugly turn on the final lap.

After several contacts during the second half of the race, Vikramjit and Shvivnihal collided into each other at turn 2, with the former spinning into the gravel trap.

Shivnihal, meanwhile, was able to cruise through and take second behind race winner Pitambar.

Gurujant eventually recovered to take the final spot of the podium, with Mohabat and Harish completing the Top-Five positions.