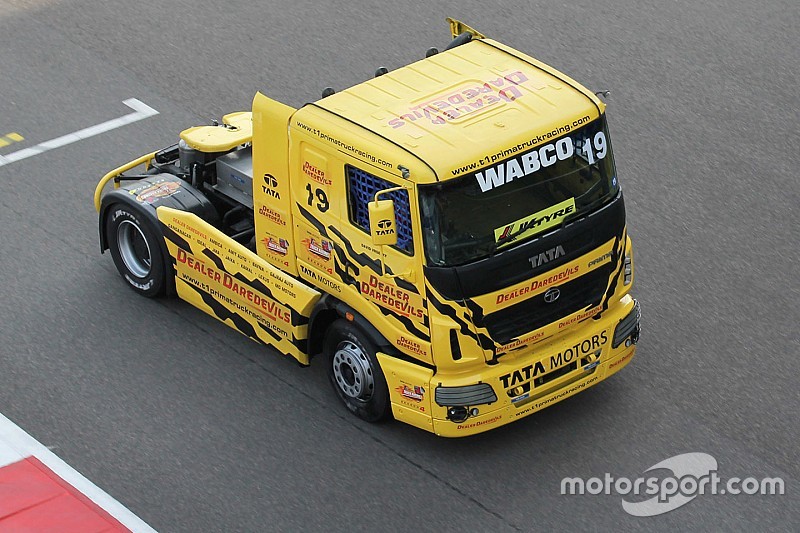 Following his victory from Race 1, Vrsecky led the field from pole position, with his lead seemingly looking unthreatened as he established a three-second buffer.

However, Kiss had other plans in mind, the Hungarian driver charging his way from 11th on the grid to put himself in contention of victory.

He passed Gerhard Korber on Lap 10 and set his sight on Vrsecky, closing within a second of the Czech driver by the final lap.

However, Vrsecky just managed to keep his nose, finishing just 0.257s ahead to take a double win in the season 4 of Tata’s annual truck championship.

Meanwhile, Korber took the final spot on the podium after falling behind the leading duo in the final quarter of the race.

Last year’s winner David Jenkins, Ryan Smith and Simon Reid had a long-spat of their own in the first half of the race, with the trio making contacts at multiple occasions.

Towards the rear of the pack, Adam Bint and Oliver James were involved in a clumsy final lap accident, with the latter unable to make it to the chequered flag as a result.