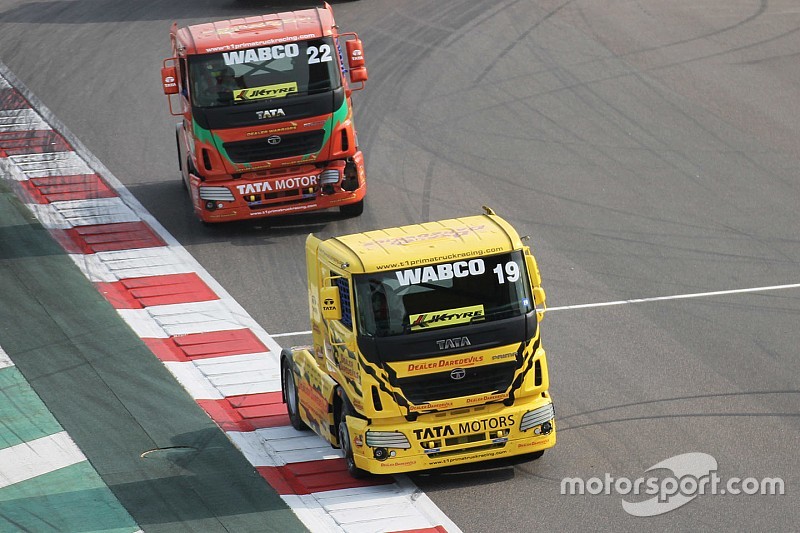 David Vrsecky emerged victorious in the first Pro class Tata Prima race, which was red-flagged after a two-truck pile-up at Turn 3.

At the start of the race, Vrsecky led the field from teammate Antonio Albacete, the duo driving neck-to-neck during the first few corners.

After a few tidy laps, the race came to its head when Martine made contact with Norbert Kiss at turn 4, leaving the former trapped in the gravel trap.

With Ryan Smith’s truck also parked at the same place from another incident, the entire track was neutralised using yellow flags.

Eventually, it was decided to red flag the race, with Vrsecky declared the winner. Korber was classified second, with Jenkins completing the podium.

Britian’s Oliver Janes was next up in fourth, with Martine escaping unscathed from the incident to cross the line in fifth place.

Stephanie Halm, the only female driver on the grid, lost ground early on and could finish no higher than eighth.