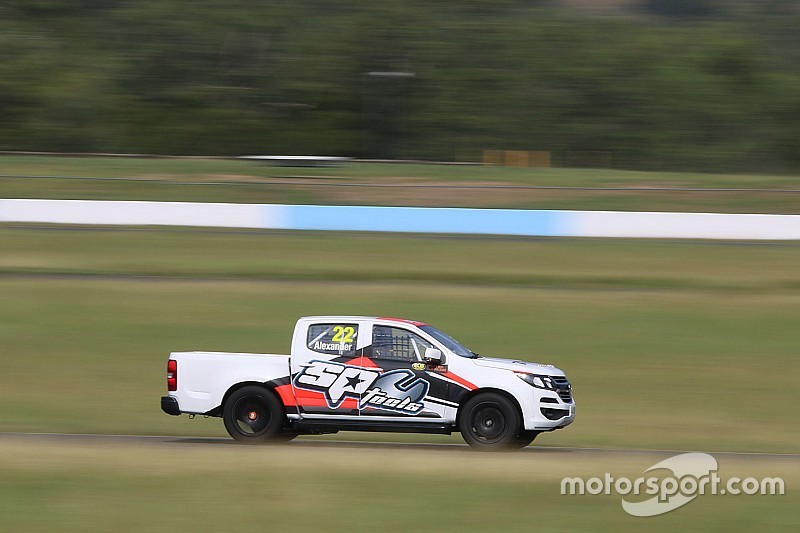 Five of the six models that will make up the inaugural SuperUtes season hit the track together for the very first time in Queensland.

The race-prepped SUVs undertook parity evaluations under the watchful eye of Supercars officials at Queensland Raceway, marking the first time that five models have tested simultaneously.

It was also the very first outing for the Holden Colorado and Toyota Hilux models, with the Ford Ranger, Mazda BT-50, and Mitsubishi Triton having already tested.

Driving for the parity testing was undertaken by Craig Baird, Steve Owen, and Stephen Robinson.

The first SuperUtes season is set to kick off in Adelaide next month, with Supercars predicting 12 cars will make up the grid.

Teams already signed up include Peters Motorsport, which will field a pair of Mazdas, while V8 Utes stalwarts Sieders Racing Team will run Mitsubishis.

There was no Isuzu D-Max present at the parity test today, but the model is expected to be present when the series kicks off in Adelaide.