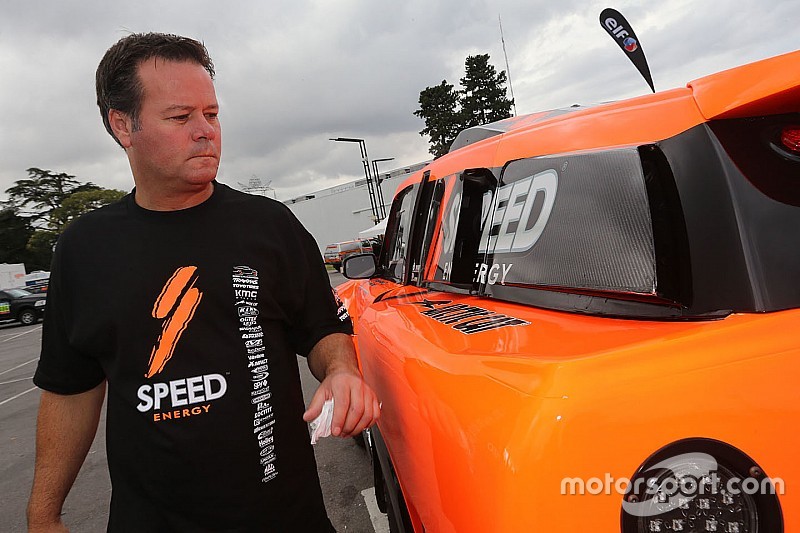 Robby Gordon has been slapped with a fine of just over $4000 for doing a burnout in a Stadium Super Truck in downtown Darwin on Saturday night, according to reports.

Following a police investigation into video footage of what appeared to be one of Gordon’s Stadium Super Trucks doing doughnuts out the front of a nightclub on Saturday night, Gordon – having been identified as the driver – was summoned to Darwin Local Court this morning.

According to a local news report he pleaded guilty to a number of traffic offences, and was hit with AUD$4150 worth of fines for his efforts by Judge Richard Coates.

The report from the NT News added that Coates wasn’t satisfied with a defence centred around Gordon’s background as a professional driver.

“Yes you knew what you’re doing behind the wheel but you’re not supposed to be doing that kind of thing in a public place,” the newspaper reported Coates as saying.

“I wish it was within my capacity to take away your professional drivers license because I think you should be punished by the organisation which permits you to drive on a racetrack”.

After leaving the court Gordon offered his side of the story: “I asked [the security guards] ‘hey, think I can whip a couple of doughies?’, and they said ‘hey, I don’t care’,” he told the NT News.

“I spun two doughnuts and put it on the trailer.”

“I have to be honest, I’ve done stuff like this probably 200 or 300 times over my career, some cities promote it but unfortunately here in the Northern Territory they frown on it.”

“If we come back next year obviously no doughnuts on Mitchell St.”