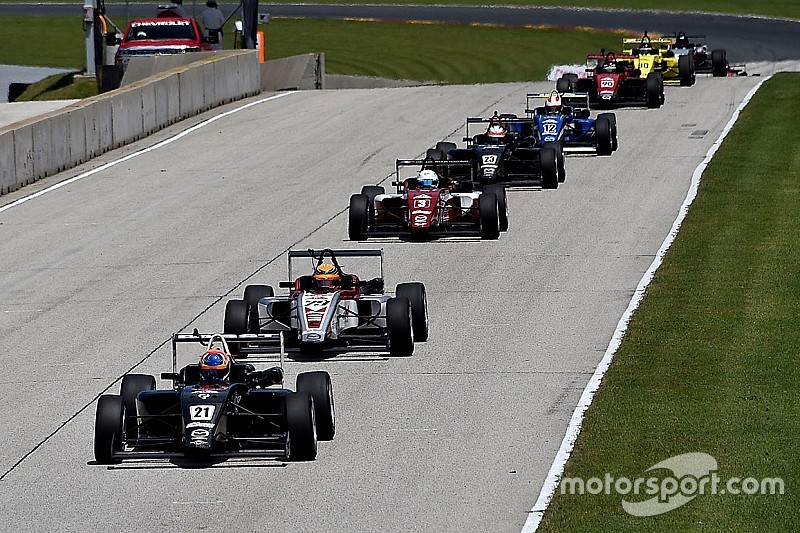 Seventeen young drivers representing nine countries and four continents have been named as competitors for this weekend’s MRTI Shootout to earn an entry in the 2018 USF2000 championship.

The second annual event will take place at the Bondurant Racing School at Wild Horse Pass Motorsports Park in Chandler, Ariz. and will be judged by a panel of racers and ex-racers including Scott Goodyear and Jonathan Bomarito.

Last year’s inaugural Mazda Road to Indy Scholarship Shootout was won by Florida teenager Oliver Askew, who went on to claim this year’s USF2000 championship title with Cape Motorsports and secure a second Mazda Scholarship which will allow him to graduate to the Pro Mazda Championship.

In total, 20 championships were offered Shootout “entry tickets” to award their champions, with an eligibility requirement that drivers be between the ages of 14 and 25 on September 30, 2017.

Two drivers earning tickets are unable to attend – Konrad Czaczyk (Formula Tour 1600 Canada) and Luke Wiliams (BRSCC F1600 England). The 17 contestants are listed below with their age, hometown and affiliation:

“Oliver Askew is proof of what this event can provide,” said Kyle Kimball, manager of operations for Mazda Motorsports. “He won the Shootout and then went on to win another Mazda Scholarship as the USF2000 champion. The Shootout brings the most talented drivers from around the globe to find who will become the next Mazda scholarship winner, and we can’t wait to see which of these young drivers will prevail.”

The winner of the Shootout will be announced at the conclusion of on-track activities and judging deliberations.

“This year presents another outstanding driver line up for the Shootout,” said Dan Andersen, owner and CEO of Andersen Promotions. “All of these drivers have impressed with their talent, and the judges are going to have a difficult decision to make on Sunday.

“This event is very special. It is tremendous to see rising stars from around the world come together, and I have to thank Mazda for its commitment to the next generation of racers.”