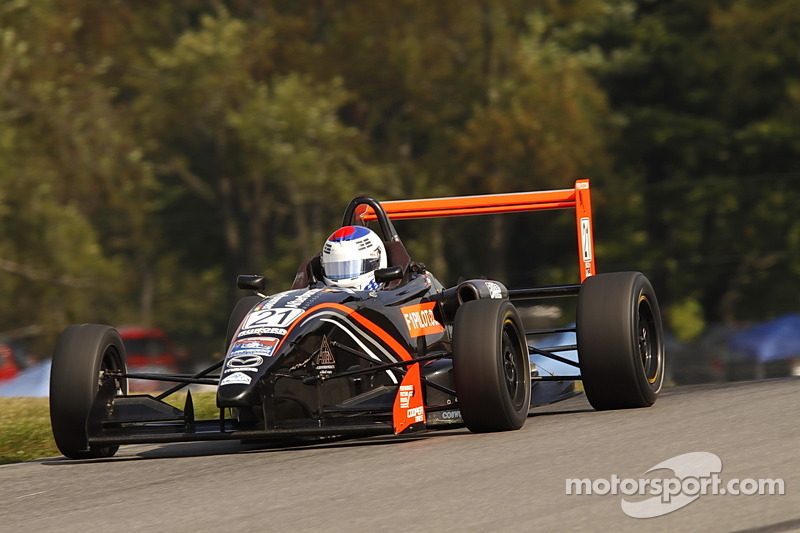 Contact and yellows halt advances by Choi in USF2000 doubleheader 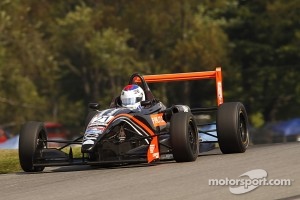 MINNEAPOLIS, MIN. – Afterburner Autosport resumed its quest for success in the Cooper Tires USF2000 Championship Powered by Mazda over the weekend (August 4-5), with a return to road course competition. Rookie Heamin Choi continued his development behind the wheel at the technical Mid-Ohio Sports Car Course with a pair of strong runs that were ultimately hampered by some poor luck. Former SCCA National Champion Brian Tomasi was also part of the two-car effort by the Minnesota-based squad in the doubleheader, making his first series start of 2012.

After a lengthy summer hiatus following the lone oval event on the USF2000 calendar - the prestigious Night Before the 500 - the entire Afterburner outfit was excited to get back to action in Ohio. While the undulating 2.258-mile track presented plenty of challenges to the rookie Choi, the experienced Afterburner crew was confident the Korean racer and his co-owner teammate would shine in Rounds Six and Seven.

As planned, the opening two test sessions and following two practice runs were spent working on not only getting acclimated to a track that rewards lap experience, but also fine tuning car setup/balance, which is vital due to the many off-camber corners.

Having learned a great deal in the four sessions, both Choi and Tomasi were poised to have good outings in the lone qualifying period of the Mid-Ohio doubleheader. Despite battling traffic throughout their runs, the duo managed to find more speed, ultimately earning places on the eight (Choi) and ninth (Tomasi) rows.

Returning to the cockpit of the No. 21 F1Pilot.com/Afterburner Autosport entry a short time later, Choi, like his teammate, was focused on making the most of any opportunity to move forward, while avoiding the expected incidents. The Afterburner rookie did just that throughout the majority of the 20-lap affair, challenging for a top-10 position. Unfortunately, late in the race Choi was contacted by another racer, ending his run two laps prior to the checkered flag in an unrepresentative 26th. Tomasi in his first USF2000 outing of the year crossed the line in 17th.

Quick to put the incident behind him, Choi got back behind the wheel of his freshly repaired Afterburner racing steed determined to end the weekend on a high note. Mother Nature decided to add to the drama, as a rain shower just prior to the action getting underway meant Round Seven was declared a wet race, with the full field on rain tires. When the green flag waved, it quickly became apparent the track was rapidly drying. An early race incident brought out the full-course caution flags, and Afterburner Autosport elected to bring Choi in for dry weather racing slicks. That decision was the right one, as upon the action resuming Choi began carving his way forward. Unfortunately, a second full-course caution within two laps halted his charge forward and reduced the length of the race to just nine laps. Unable to take full advantage of his tire advantage, Choi was 15th overall (10th in class) when the race came to a close.

"It is disappointing we didn't get the points or results we deserved at Mid-Ohio," stated Choi. "I had a good car and was learning more and more in race one before the contact. In race two, the early tire change had me charging up through the field, but the extra full-course caution hurt us. Now I'm looking forward to building on the top-10 at the fast Road America track."

A busy second half of the Cooper Tire USF2000 Championship Powered by Mazda continues for Afterburner Autosport with a visit to the famed Road America facility on August 17-18. Rounds Eight, Nine, and Ten will be an exciting affair with the 4-mile course the unofficial 'home' track of the Minnesota team.