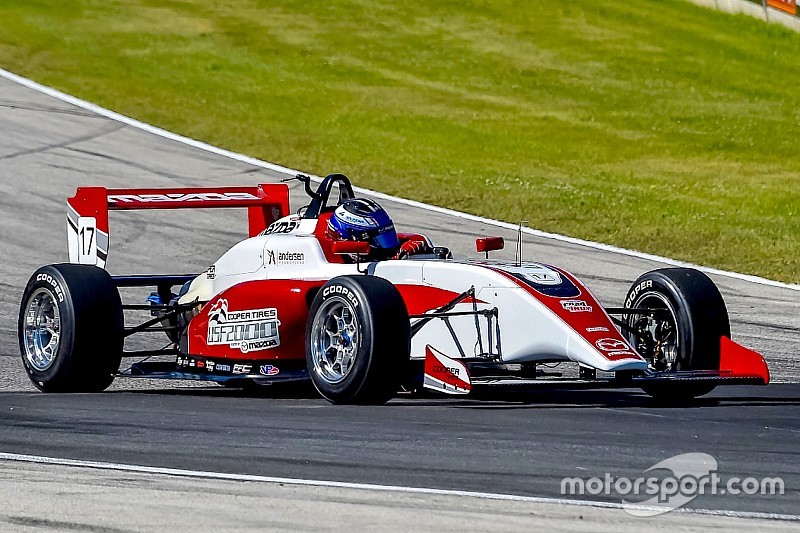 Canadian junior open-wheel formula racing team Exclusive Autosport is joining the ranks of the Mazda Road to Indy in 2017.

The team has already purchased two Tatuus USF-17 chassis and intends to add another at a later date, setting the stage for a three-car effort in the Championship Class of the Cooper Tires USF2000 Championship Powered by Mazda when the Tatuus becomes the competition standard at the beginning of next season.

As the North American factory team for Spectrum racing chassis, Exclusive Autosport will also enter its Spectrum 014Z F2000 in the National Class.

Building on the team’s record of success, which includes nine major Formula 1600 championships across North America in its first three years of competition, Exclusive Autosport expects to be competitive immediately by applying its core values of professionalism, teamwork, and excellence within this new venue.

“We want to provide opportunities for our drivers to continue their open-wheel development within the Exclusive Autosport organization,” said team principal Michael Duncalfe. “Moving into USF2000 allows us to form our own internal ladder system, which we believe is a crucial component of a well-rounded open-wheel program.”

The introduction of the new Tatuus USF-17 spec chassis to the series played a major role in Exclusive Autosport’s decision. “The Tatuus USF-17 will be a new car for everyone. It will allow us to enter the series on a level playing field. We‘re thrilled that the introduction of the new car has allowed us to expand our program while still being loyal to the Spectrum F1600 and F2000 brand that we’ve been distributing in North America since our team’s inception,” Duncalfe added.

“We will continue to run our championship-winning Formula 1600 program as we have for the past three and a half years,” he continued. “The only change for us is the in-house ladder system that adding the USF2000 program creates under the Exclusive Autosport umbrella. This gives Exclusive Autosport drivers, Spectrum drivers worldwide, and drivers who are new to our program an opportunity to continue their development under one roof while fostering relationships with our coaches, engineers, and crew.”