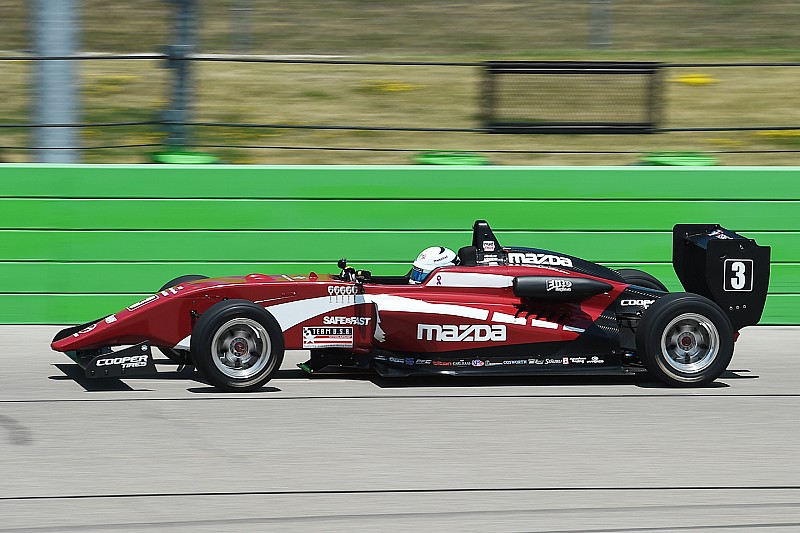 USF2000 championship leader Oliver Askew proved that lack of familiarity with left-turn-only courses was no hindrance, and will start the series’ only oval race from pole position.

Askew of Cape Motorsports has won five of the eight races so far this year in the spec Tatuus USF-17-Mazda, and this morning added his fifth pole position, after setting a two-lap average around Iowa Speedway of 131.683mph.

That was enough to beat Calvin Ming’s 131.342 average for Pabst Racing who will start from second, and also Askew’s closest championship contender, Ming’s teammate Rinus VeeKay, who won both the Road America races last month.

Alexandre Baron, who raced in Indy Lights last year, made an impressive US return with ArmsUp Motorsports, grabbing fourth on the grid in the Belardi Auto Racing-backed #4 car.

Robert Megennis and Ayla Agren made it an all-Team Pelfrey third row, ahead of the third Pabst car of Lucas Kohl and the third Pelfrey machine of Kaylen Frederick who is currently third in the championship.