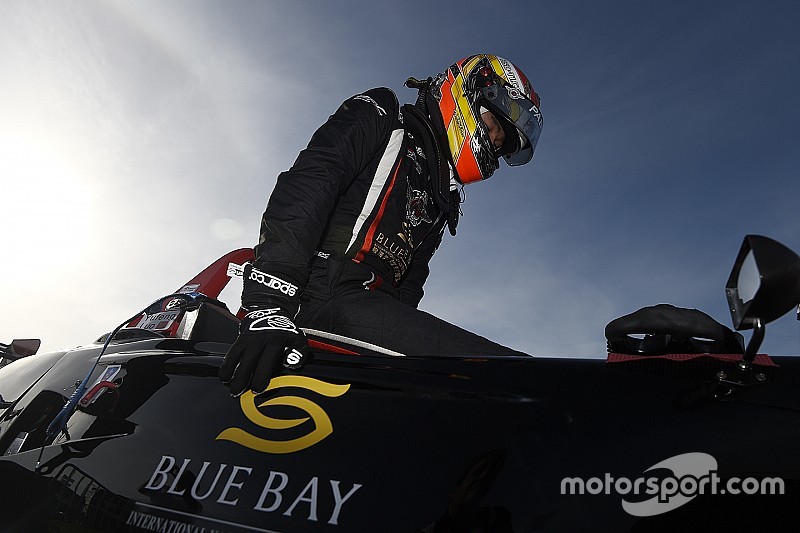 Chinese driver Yufeng Luo fought his way to a maiden USF2000 victory in the second race of the opening round, making it a St. Pete sweep for Pabst Racing.

Luo, who ran third for most of the race, pulled off audacious moves on Jordan Lloyd and Parker Thompson after a late restart to claim victory.

Unlike in the first race, in which chaos arrived in the very first corner, the opening lap of Race 2 was a rather calm affair, with Lloyd out front and the top five leaders all maintaining position.

However, as Lloyd established a big lead right away, the field was bunched right back up when James Munro and Anthony Martin collided in the fight for fourth on lap two, catching out sixth-placed Victor Franzoni as well.

Although all three eventually continued on, a full-course yellow was needed - and on the restart, Lloyd was challenged by Thompson.

However, the Aussie stuck to the inside and was soon back in full control, pulling away from his Canadian rival.

Behind them, Luke Gabin battled Luo for third, edging ahead after a lap-long scrap - only for Luo to move back ahead further into the race.

And then what had looked like a comfortable cruise to victory for Lloyd was disrupted by another FCY, for a Charles Finelli off.

On what would be the final restart, Thompson took the outside line into Turn 1, mugging Lloyd for the lead.

However, he himself then fell prey to Luo, who had swiftly passed his Aussie teammate for second and then stuck his car on the inside of Thompson, the Canadian falling down to fourth place.

With two minutes to go, Luo headed Lloyd and Pelfrey rookie Jordan Cane and and, as Dakota Dickerson crashed and brought out the final FCY, the race ended in that order.

Thompson took fourth, ahead of Gabin, Garth Rickards and Nikita Lastochkin, with Pelfrey duo Robert Megennis and TJ Fischer eighth and ninth after an intra-team battle.

Martin, recovering from an earlier incident, was 10th.