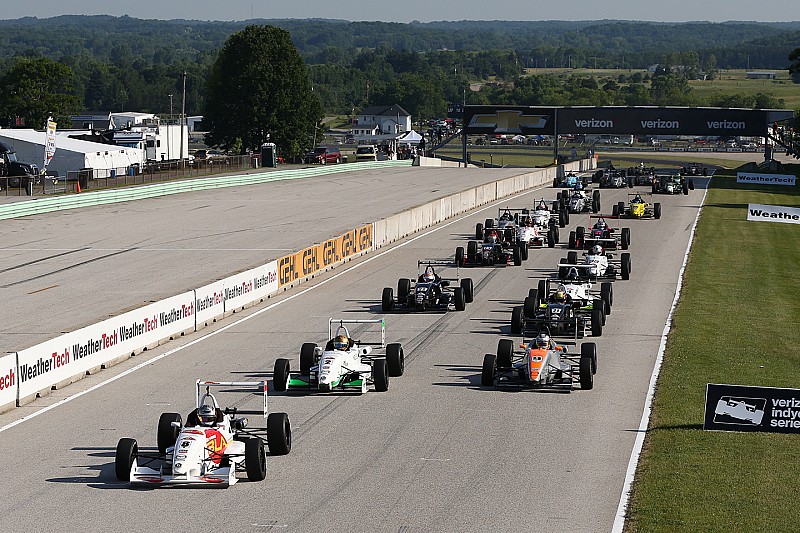 Anthony Martin drove his Cape Motorsports with Wayne Taylor Racing machine to his second victory of the day, and joined teammate Parker Thompson at the top of the points table.

Martin spent most of the race threatened by Jordan Lloyd as the Pabst Racing machine got around front-row starter Victor Franzoni on the second lap. Lloyd then kept the pressure on his fellow Australian until the penultimate lap when he ran off course at Turn 5 and stopped.

That allowed Franzoni’s ArmsUp Motorsport machine back into second, crossing the line 2.6sec behind Martin, with Thompson claiming third, a further 6.6sec down.

The result has moved Martin into joint lead of the championship with Thompson.

He commented: "“To get four wins in the last five races is really good – the confidence boost really helps. I was a few points behind Parker coming into this weekend and I knew I had my work cut out for me to get back into the championship hunt.

"This weekend could not have gone any better. The Cape Motorsports guys gave me a great car and the Mazda engines just pushed me through both races. To pull equal with Parker now means there will be some rivalry, but that’s racing! I can’t wait to have some good battles.

"We’re great mates and we help each other in the truck, to learn what each other is doing so we can improve as fast as we can. We work well together and that’s really encouraging. But, as soon as you put your helmet on, he’s just another competitor.”