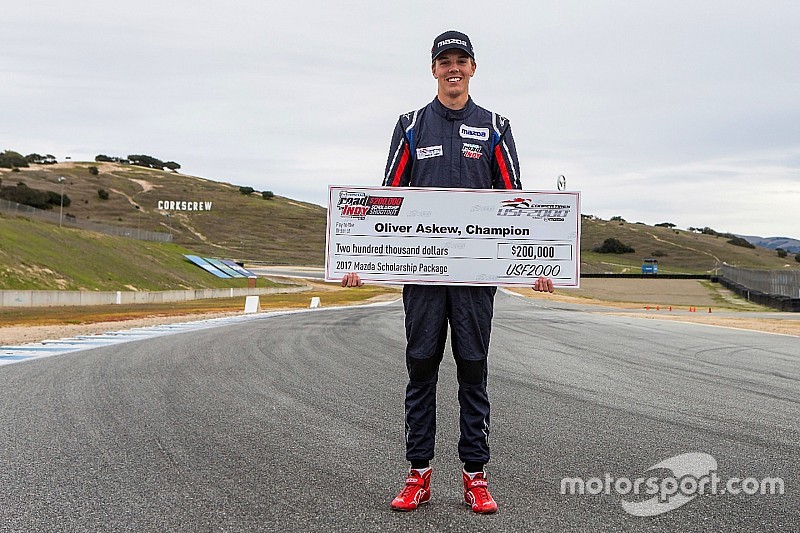 Scott Goodyear, Jonathan Bomarito and two reigning Mazda Road To Indy champions will be on the panel of judges that will assess competitors in the second annual MRTI $200k shootout on December 9-10 at the Bondurant Race School.

The full list of participants in this year’s Shootout will be revealed next week, but all have again been invited from junior open-wheel series around the world. They will be aiming for a $200,000 scholarship to race in the 2018 Cooper Tires USF2000 Championship Powered by Mazda.

Said Goodyear: “I’m excited to return again this year to assist Mazda with judging the Shootout. This program not only judges the young drivers on their ability on the track, but their abilities off track as well.

“I applaud Mazda for its continued and unparalleled support towards the development of young drivers, and I wish this type of program had been available when I was a junior racer. I understand exactly the position these drivers are in as I spent many years driving in junior formulas before graduating to Indy cars and factory sports cars.

“I look forward to sharing my knowledge and experience with the stars of tomorrow.”

Saturday Dec. 9 at Bondurant Race School, just outside Phoenix, AZ, will feature on-track activity with instructor feedback throughout the day followed by a private dinner for drivers with the judging panel.

Following morning on-track sessions on Sunday, judges will convene to narrow down the field of contestants. Drivers continuing will take part in qualifying sessions and a 30-minute race. The judges will then meet for a final time to select the winner of the Shootout.

Mazda Motorsports Operations Manager Kyle Kimball declared: “We want judges who will give these young racers in-depth feedback from their experience behind the wheel, and this year’s group is certainly qualified to do so. This is an incredibly serious competition, and the judges set the tone with their guidance and feedback. It’s a group that we’re proud to have judging the event.”