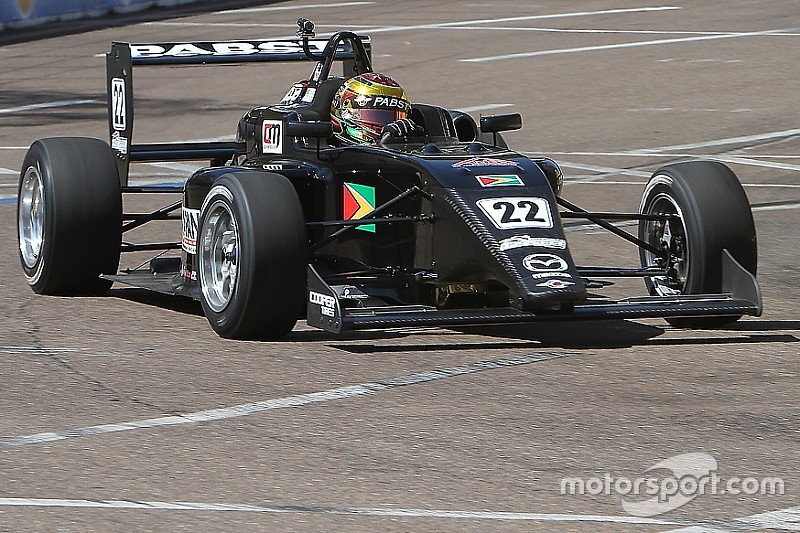 Pabst Racing is looking strong ahead of the USF2000 Series’ only oval race of the season, after Calvin Ming and Rinus VeeKay finished today’s Iowa test in first and third.

VeeKay scored a pair of wins at Road America two weeks ago, with Ming completing a Pabst 1-2 in the second race.

At Iowa’s 0.894-mile oval, there will be just one race, but with only 13 cars entered, Pabst’s odds are looking strong.

Ming lapped the course in 24.3083sec, an average of 132.399mph, which was just 0.004mph faster than Alexandre Baron, who is running a one-off entry for ArmsUp Motorsports this weekend.

VeeKay and Cape Motorsports’ Oliver Askew, second and first respectively in the points table, finished the three-hour test session in third and fourth, just ahead of Devin Wojcik (ArmsUp).

Ayla Agren led the Team Pelfrey trio in sixth, with teammates Robert Megennis and Kaylen Frederick in eighth and ninth, while the third Pabst car of Lucas Kohl was seventh.