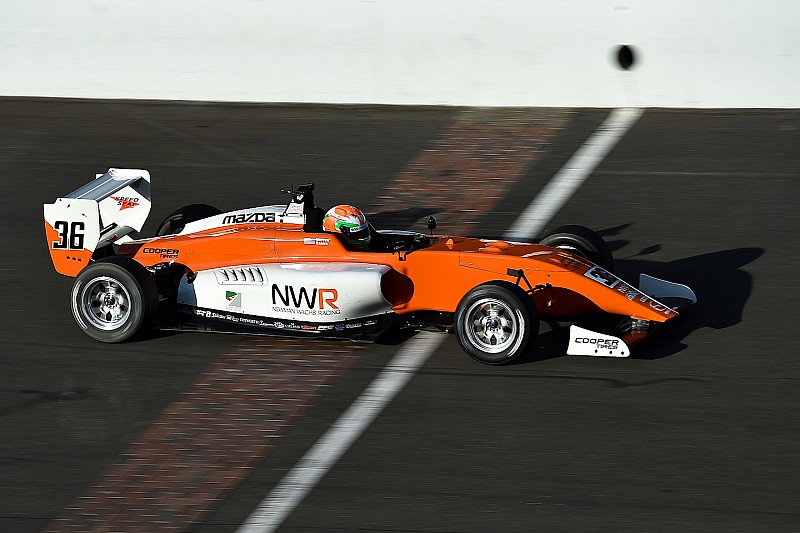 Darren Keane, who competed in seven USF2000 Series rounds this year with Newman Wachs Racing, is to return to the team for a fulltime campaign in 2018.

Then ten days ago in the Chris Griffis Memorial Test at Indianapolis Motor Speedway’s road course – the annual fall test for all three Mazda Road To Indy categories – the 17-year-old from Boca Raton, FL, topped the USF2000 times by more than 0.4sec.

“We had the pleasure of running Darren in his rookie season and we’re thrilled to have him back with us for 2018,” said Brian Halahan, NWR Team Manager.

“I’m stoked with the speed he showed at the Chris Griffis test and I’m extremely impressed with his development. He’s matured so much over the last few months and I’m pleased that we’ll be able to continue on the path that we started on last year.”

Keane, who is being coached by 2012 Rolex 24hr winner Ozz Negri, said of NWR: “They're a great group of guys and we have improved so much as a team over the last season. I'm really pleased to have a plan put together this early, because it gives us all the time we need to prepare for a championship next season.

“I think we're going to have a great year and I'm looking forward to coming back to USF2000. Last year's purpose was to learn as much as I could, and now I'm ready to use that knowledge to get results this season.”