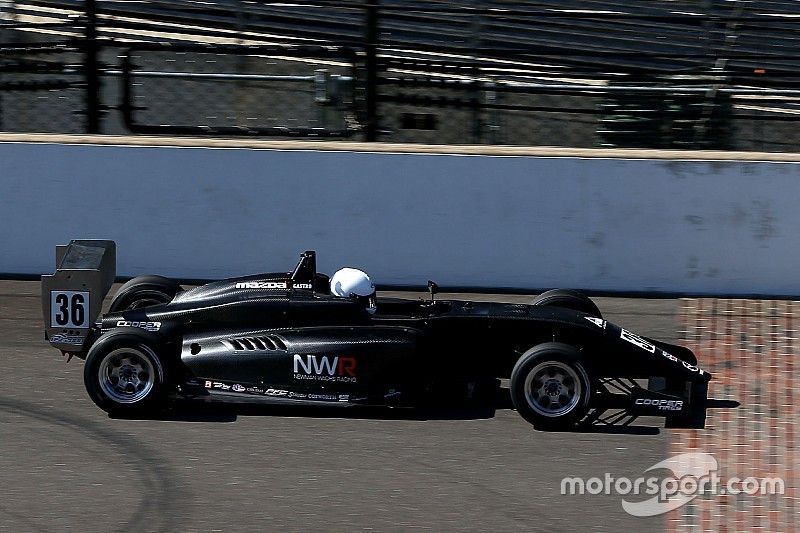 Newman Wachs Racing's team manager says his Chicago-based team excelled itself on its return to track action after a six-year absence, and hopes to announce its USF2000 driver lineup “very soon.”

The former Atlantic Series team, which was formed by Hollywood icon Paul Newman and his former Can-Am and Trans-Am rival, Eddie Wachs, was originally formed in 2005. It finished 1-2 in the final Atlantic season of 2009 with Jon Edwards and Jonathan Summerton, but dissolved when the series folded.

However, the team has been enticed back to junior open-wheel racing by the introduction of the new Tatuus USF-17 Mazda to the USF2000 series. NWR’s first test came in the Chris Griffis Memorial test held at Indianapolis Motor Speedway’s road course, earlier this month.

Team Manager, Brian Halahan, stated: “We’re so glad to be finally back at it, after being away from racing for six years. It’s only been three months since we put the team together, and I couldn’t be more proud of our guys. Alan [O’Leary] our engineer, Dan [Toborg] and Billy [Simmons] did a great job to get us here.

“We tested two young drivers, Brendon Leitch of New Zealand, and Andre Castro out of New York City. Both kids were great to work with, and both were at the top of the time sheets on each day, ending the last session with fastest time.

Castro, 17, described the IMS test as “a dream come true. Driving the new Tatuus chassis for the first time and ending up on top of the leaderboard at the end of my first day was an amazing experience. I can’t thank our engineer team manager enough for making everything happen.

“The car was quick right out of the gate on Saturday, and by the time I jumped in on Sunday, I could push as hard as I wanted and show what the car was capable of. Once again, I have to thank the whole team for giving me a quick car”.

“I think both drivers did a great job,” said O’Leary. Brendon’s experience with the Tatuus chassis he drove in New Zealand helped get us to a good baseline setup quite quickly, and although he was restricted to only one run on new tires, he did a very good job.

“For sure, Andre benefited from the development we had done on Saturday, and was instantly quick. Given his lack of experience, we were very impressed with his feedback and impressive pace.”

Halahan added: “This shows the strength of our team and gives us great momentum for testing and evaluating drivers. Over the next few weeks, we will be hard at work developing the car and we hope to announce our team drivers very soon.”

Tharani to compete in Mazda Road to Indy shootout