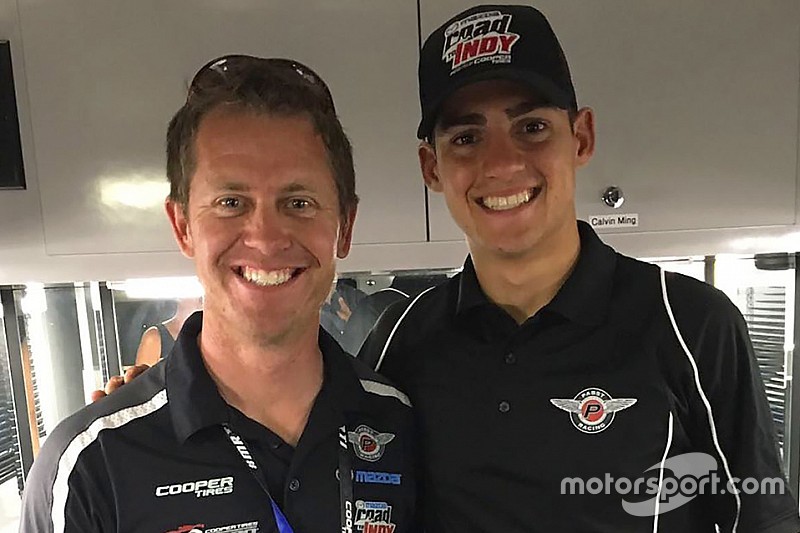 Dutch karting phenom Rinus VeeKay will drive for Pabst Racing this year, as Carlin Racing has elected not to enter the USF2000 series.

VeeKay, 16, tested for Newman Wachs Racing last week in Spring Training at Homestead-Miami Speedway and finished in the top three in laptimes.

However, he was originally set to race this year for Carlin Benik, but the partnership between Benik – a kart team new to USF2000 – and legendary junior formula outfit Carlin Racing is no longer going ahead.

VeeKay has thus reverted to Pabst, with whom he tested at Sebring, joining Calvin Ming and Lucas Kohl.

“My goals are to make a lot of progression throughout the season," said VeeKay, "and of course to win the USF2000 championship together with Pabst Racing as a rookie driver.

"For me the chemistry was perfect from the first moment with everyone at Pabst. From team owner Augie Pabst, to engineer Tonis Kasemets, to driver coach Bob Perona, I felt very comfortable and enjoyed the two days of testing we did at Sebring.

“I'm feeling very happy and proud to compete in this great championship, and to be part of the Pabst Racing team in my debut season in the USF2000 series."

Although the team had been unsure if it would be adding a third driver, team owner and manager Augie Pabst is pleased and optimistic about this late addition.

"We immediately saw that Rinus is the real deal," said Pabst. "He was the fastest driver both days at Sebring and I am confident that together we will achieve great things this USF2000 season."