Broc Feeney is excited for what he says is a "surreal" opportunity to share a Triple Eight entry with Russell Ingall at the Bathurst 1000.

The 18-year-old will partner Ingall, 39 years his senior, in a Supercheap Auto-backed wildcard entry at the Bathurst 1000.

According to Feeney the opportunity to partner a two-time Bathurst winner and Supercars champion, at the powerhouse T8 squad, is "all very surreal".

“To announce this wildcard entry at Bathurst with Supercheap Auto and Russell at this stage of the season is exciting,” he said.

“Supercheap Auto has such an incredible history in the sport and Russell is a legend in the business.

“To wear the Supercheap Auto colours and have Russell as my teammate in the biggest race of the year is all very surreal, but [it's] exciting and I am grateful for the opportunity.

"Having the chance to race with a Supercars and Bathurst champion is an exciting prospect and will certainly help to boost my racing career.”

Feeney is already closely-aligned to T8 through its Super2 programme, competing in the second-tier series using the team's iconic #888.

He's understood to be one of the top contenders to take over from Jamie Whincup in the #88 main series entry when the seven-time champ steps into the team boss role next season.

That could place additional importance on his showing at the Bathurst 1000 should the team not have made a final decision by then.

Feeney was impressive on debut at the Bathurst 1000 last year, where he teamed up with James Courtney in a Tickford Ford through mutual backer Boost Mobile.

The pair finished 10th with Feeney, who celebrated his 18th birthday on the same day as the race, solid in the co-driver role.

A Top 10 finish may be a sterner test this time around given Ingall has been out of a full-time Supercars ride for seven years and hasn't competed at the Bathurst 1000 since 2016.

His last Top 10 at the Great Race was a ninth in 2012 alongside Christian Klien at Walkinshaw Racing.

But despite the lack of recent miles, Ingall is bullish about the pair's chances of a top result.

“I’m looking forward to driving a Triple Eight-prepared car for the first time and sharing the car with Broc who is a terrific young driver with an enormous future," he said as part of today's announcement.

“Let me make this clear. We are going to Bathurst to be competitive. We have every intention of being right in the mix and giving the fans something to cheer about, otherwise we might as well stay at home.” 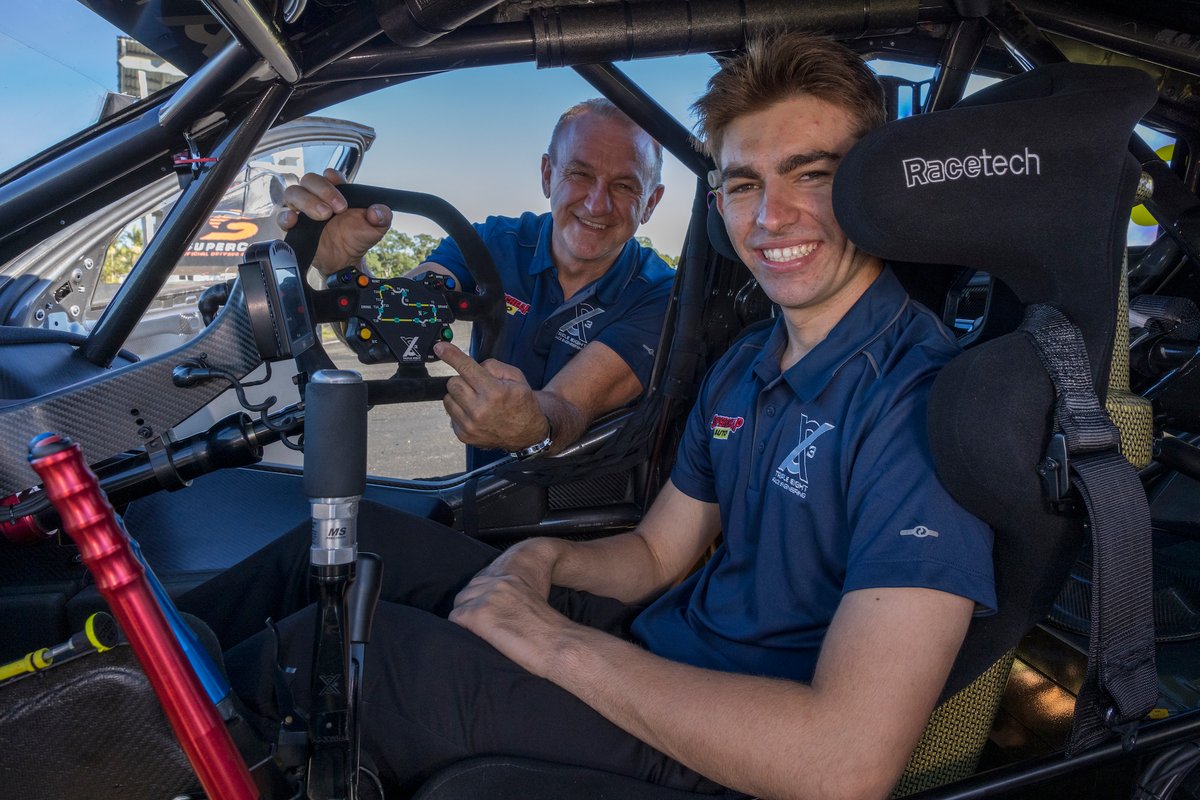