Supercars looking to sign off on 2020 engine in September

Supercars is hoping to have its 2020 engine package signed off by next month. 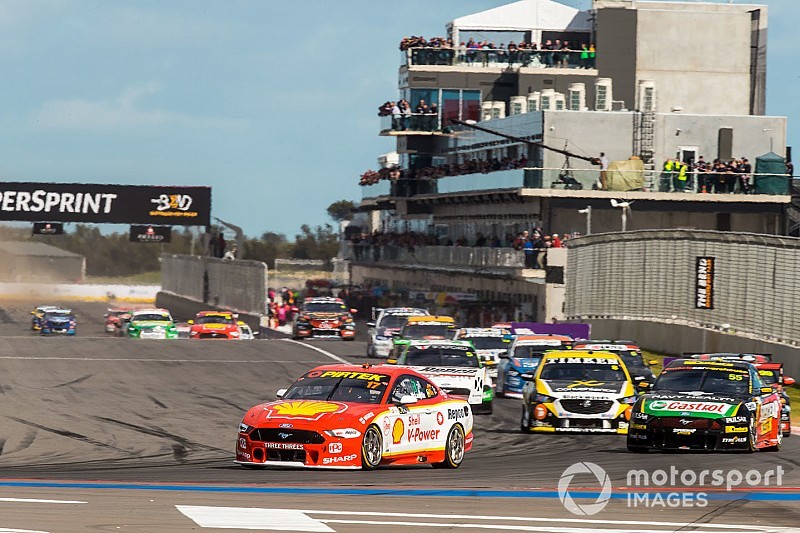 The series is looking to introduce a tweaked engine package for 2020 in a bid to cut costs.

It's understood that the target is 5000 kilometres between rebuilds, which would effectively double the current life of the V8 powerplants.

A slight reduction in power, drive-by-wire throttle technology and assisted shift programmes have all been mooted as potential changes.

Walkinshaw Andretti United tested a version of the 2020 engine at Winton recently, as part of the ongoing evaluation from the category's technical department.

However the Supercars Commission is yet to make a final ruling, series boss Sean Seamer hoping that it will come at a meeting scheduled for the second week in September.

“The guys are still testing the different variations of the engines," he said.

"Obviously we’re coming up to tight time but the Commission is working through it well."

According to team owner Brad Jones, who is also a Commission member, differing engine programmes up and down pitlane has added a level of complexity to the issue.

Some teams have in-house engine shops, some are closely linked to external suppliers, and some are purely customers who lease or buy powerplants.

"The hard thing with some of the engine stuff and what's being proposed is how it's going to impact on Triple Eight, DJR Team Penske, a customer, a customer that owns its own engines and gets a team guy to do it... it's almost like a sliding scale," he said.

"I look at some of this stuff and go 'okay, that's going to stop Penske spending money, but how much is it really going to save me?'

"So there's a massive amount of discussion before we get to the end of the piece of string.

"I think we're on track. There is some stuff which is looking pretty good. There are other things that there needs to be more discussion about."