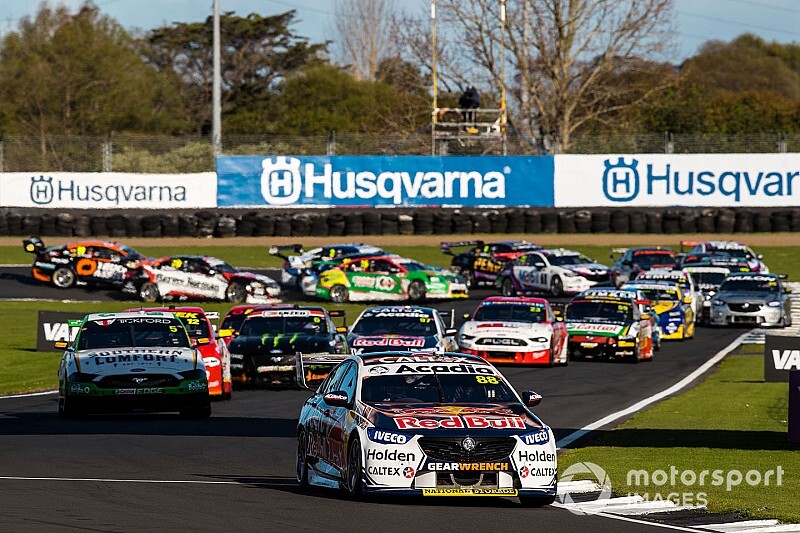 Entries have officially closed for the 2020 Supercars season.

Teams had to submit plans for their Racing Entitlements Contracts by 5pm AEDT today, marking a commitment for each licence to be on the grid.

Trading and purchasing of licences is still possible, but the 23 entries understood to have been lodged are now locked in.

Confirmations from deadline day have included Team 18 expanding from one car to two, while mainstay Garry Rogers Motorsport will sadly end its Supercars programme after 23 years.

As part of the 2020 licence shuffle Matt Stone Racing has purchased one of two Kelly Racing RECs on the market – and is still a chance at running two cars – while Brad Jones Racing is set to move to four cars after taking over the Jason Bright-owned REC that was previously at MSR.

Should the grid stay at 23 it would be one less than this year, and three down from 2018 when Tickford and Triple Eight both handed back licenses.

Supercars, however, is confident that it can get at least one more car on the grid for next season.

"Twenty-three cars have been entered in the 2020 Supercars Championship," read a statement from the category.

"An additional three Racing Entitlements Contracts (RECs) are available for negotiation and purchase over the coming weeks, and with the already-announced second Team Sydney entry to come, the projected grid size is a minimum of 24 cars.

"Supercars is, of course, disappointed to see GRM exit the Championship. Hall of Fame Member Garry Rogers has made a long and storied contribution to the sport and we wish him all the very best.

"The composition of the 2020 grid and a detailed entry list will be confirmed before the end of the year."