Jamie Whincup says he was tipped off to his sacking at the end of the 2003 Supercars season by the book keeper at Garry Rogers Motorsport. 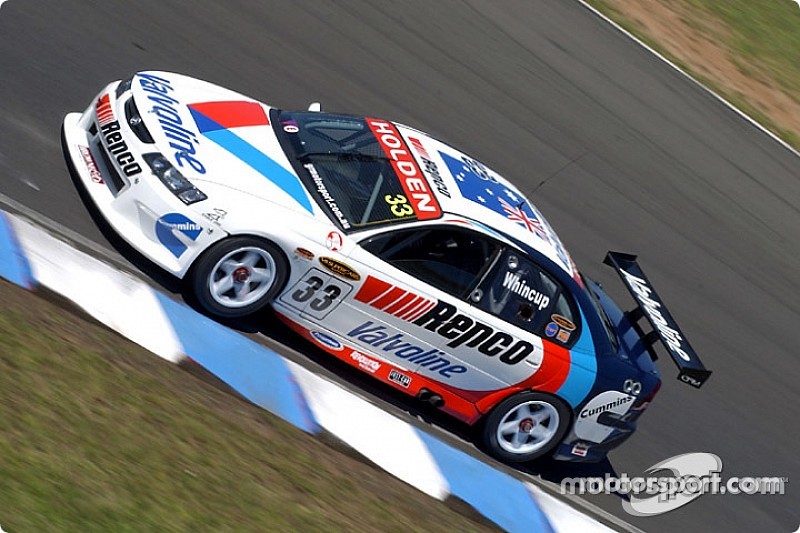 The Triple Eight superstar famously endured a rocky start to his Supercars career, his first full-time opportunity coming to an abrupt end when he was let go by GRM at the end of 2003.

Rogers has since admitted that he "mucked up" by firing Whincup, who has gone on to win seven titles and 113 races.

Reflecting on the split on the latest V8 Sleuth podcast, Whincup says the first he heard of it was a sneaky tip from the GRM book keeper.

"I hadn't been given the arse before from really anything," he said.

"It got towards the end of the year, and Garry's financial guy – he was a bit of a book keeper – he gave me the heads up. A good guy by the name of Errol.

"He goes 'mate, I'm not allowed to say this, but I like you and I just want to let you know you may need to look for another position at the end of the year'.

"I really appreciated that. And then Garry called me into the office and said 'mate we've got to part ways and move on.'"

Moving on wasn't that easy for Whincup, who at the time was relying on a $400 weekly wage as a GRM workshop hand.

"I'd finished up at my father's printing press, I was still trying to earn a living," he said.

"So not only did I lose my Supercars career, so to speak, but I actually lost my form of income.

"I had no money coming in, I was knackered. It was very weird, and I can see [Rogers'] position now I'm an employer – he was hoping I would just pack up and go, but I said 'can I stay until at least mid-December?'

"I was working in the workshop and I needed my $400 a week to survive. He ended up saying 'yeah, you can continue working, but I'd rather you moved on so we can move on with the next driver'."

Whincup's career revival began with an enduro driver with Perkins Engineering in 2004, before a second full-time chance thanks to Tasman Motorsport in 2005.

That helped catch Triple Eight boss Roland Dane's eye, Whincup making the shift to the powerhouse squad for the 2006 season.

The Tasman drive, however, almost didn't happen; Whincup reckons a scathing reference from Perkins put team boss Kevin Murphy off, only for Jim Richards to save the day.

“Larry had said during the endurance season ‘hey, there might be an opportunity here to race full-time’ [in 2005],” said Whincup.

“Then afterwards he said ‘listen, there’s no seats available, I’ve got too many drivers, not enough cars, but I’ll give you a reference’. I thought ‘cool, thanks Larry’.

“I spoke to Kev and was pushing hard to say ‘mate, please give me an opportunity, I can drive this car fast, I’ve got a reference, give Larry Perkins a call’.

“So Kev rings Larry Perkins, Larry says ‘mate, I wouldn’t employ that bloke if he was the last bloke on earth. He stuffed the car, he couldn’t brake properly, he had no idea’.

"The same year, Jim Richards was driving in the [lead Perkins] car, teamed up with Steve, so Kev was like ‘I better ring Jim to see what he thinks’.