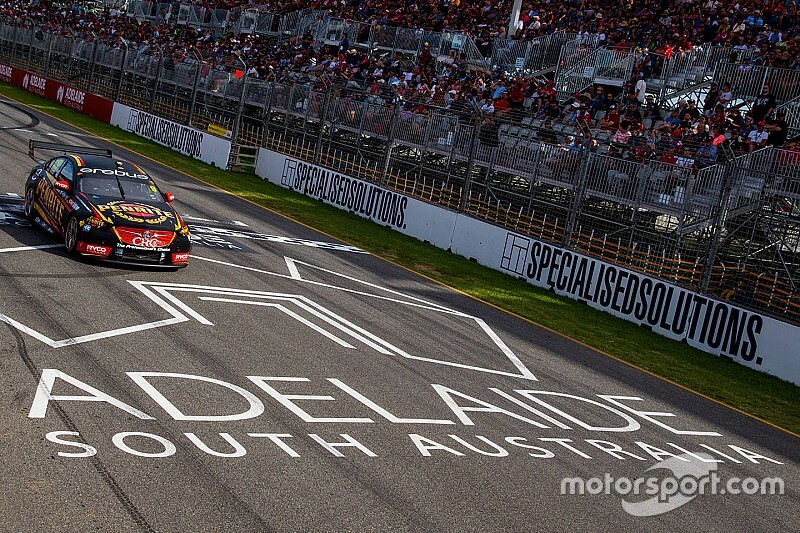 Supercars will open its 2019 season with a twilight race on the streets of Adelaide.

Adelaide 500 organisers have confirmed a new-look track schedule for the traditional Supercars season opener, which includes main game running on all four days for the first time.

The schedule is underpinned by twilight sessions between Thursday and Saturday, in a bid to help accomodate potential ticket buyers that work regular office hours.

That means Supercars – including the new Ford Mustang – will hit the track for the first time in an official practice session on the Thursday evening.

Supercars will then continue practice with another two sessions during the day on Friday, following by the first qualifying session of 2019 during Friday's twilight running.

Sunday's running will keep to a more traditional schedule, with qualifying, the Top 10 Shootout, and the second heat of the 500 all taking place during the day.

“Staging the Virgin Australia Supercars Championship on all four days of the Superloop Adelaide 500 is a real coup,” said South Australia's Minister for Tourism, Trade and Investment David Ridgway.

“The extra practice session on Thursday is just one of the many ways we are creating more value for ticket holders. This event is not to be missed.”

Newly-crowned Supercars champion Scott McLaughlin, who will be one of six drivers debuting the Mustang at the Adelaide 500, reckons the twilight opener will be a hit.

“It’s a dream come true to be racing the Ford Mustang in 2019. Testing so far has been successful and we can’t wait to get behind the wheel under race conditions in Adelaide,” he said.

“The twilight sessions will provide a new challenge for all of us drivers in Adelaide. The circuit is a tough one anyway, so I'm looking forward to the additional test.

"Adelaide always delivers intense, wheel-to-wheel racing and 2019 will be no exception.”

Mustang no quick fix for Tickford