Michael Andretti has hinted at some “big changes“ in the pipeline for the Walkinshaw Andretti United Supercars squad off the back of a difficult 2019 campaign.

The team has failed to build on a promising 2018 season, which saw Scott Pye finish seventh in the points, its pair of Holden spending much of this season mired in the midfield.

With three rounds left Pye is 14th in the points, while James Courtney is 11th, bolstered by a well-crafted third place alongside Jack Perkins at Bathurst last week.

Looking to make podiums the rule rather than the exception, team co-owner Michael Andretti, who was in town for the Bathurst 1000, says there is already a focus on 2020.

"We’re really focused on next year," said the IndyCar legend.

"We’ve got a lot of exciting things that we’re working on within the team. You’ll see some big changes within the team and I think they’re all going to be very positive."

The biggest change will be in the driver line-up, Chaz Mostert set to replace Sydney-bound James Courtney in the team’s lead entry.

"There’s all kinds of things we’re working on right now to make the team better than what it is. Wait and you’ll see."

Both Andretti and fellow co-owner Zak Brown also hosed down speculation that they’re not overly committed to the WAU programme.

"We’re very committed. We’re on this thing all the time. We have calls weekly. We know everything that is going on within the team," Andretti said.

"I think we have a great relationship. I think there’s been some talk that maybe we’re not that involved, but I can tell you and assure you that all of us are very committed to this, and this is not a short-term programme.

"This is something that we’re going to be making sure we make it successful."

Brown added: "Everything Michael said. You’ve got to finish what you’ve started. We’ve come to try and try and compete at the front and win races and championships.

"I think it’s a great series and we’re just getting started." 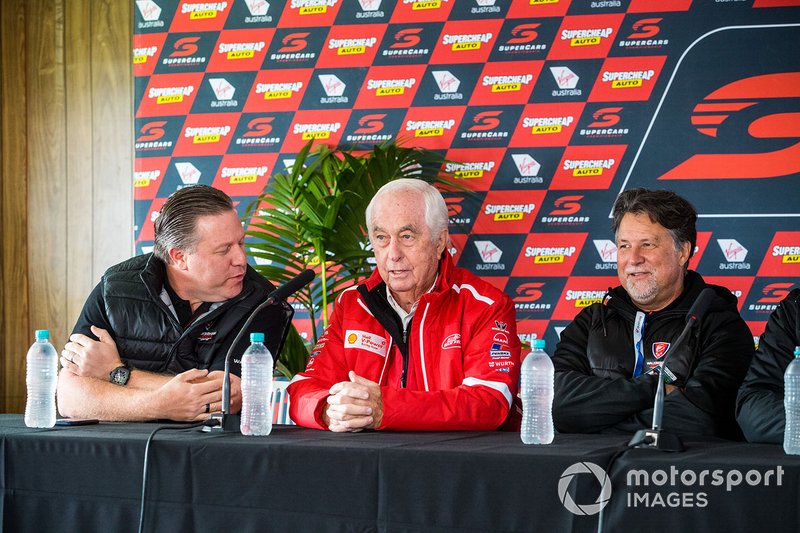