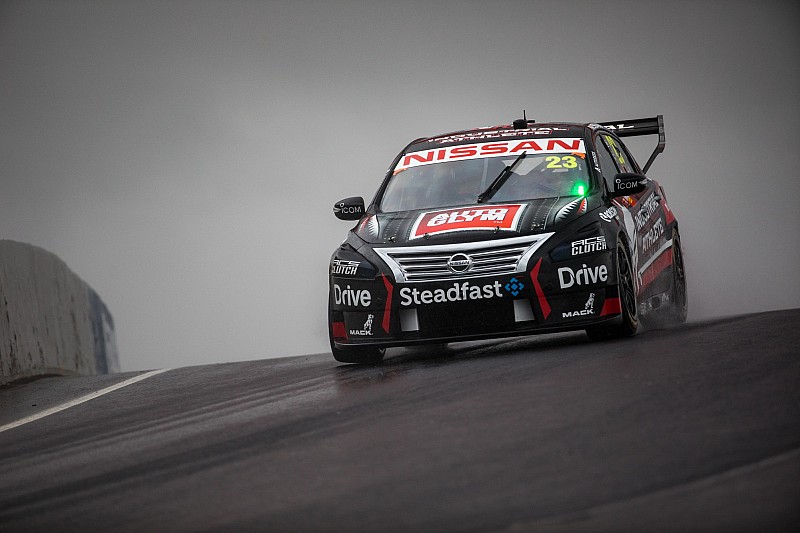 Michael Caruso was fastest in a fifth consecutive weather-affected practice at the Bathurst 1000, the final hit-out before qualifying this afternoon.

After the first hint of dry running in this morning's co-driver practice session, the rain returned for the start of the final all-in pre-qualifying session.

That meant very limited running, times left stranded back in the mid-2m29s as only half the field ventured out in the first half an hour.

It was all about the Tickford Fords during that early rain, Chaz Mostert, Richie Stanaway and Cam Waters occupying the top three while Mark Winterbottom was not far behind in fifth in his repaired Falcon.

Conditions did show signs of improving slightly inside the final quarter of the session, Mostert and Stanaway improving into the 2m26s with around 10 minutes to go.

With six minutes to go Nick Percat got in on the act, pipping Stanaway by 0.1s with a 2m26.582s. But just when that looked like it would be the benchmark, Caruso put in a blinder of a final lap to go top with a 2m26.270.

Percat did look to respond right at the flag, but despite a purple first sector ended up 0.06s short of the Nissan driver.

He was then relegated to third right at the flag, Rick Kelly making it a Nissan one-two with a time just 0.01s shy of Caruso's effort.

“We all sort of guessed yesterday that the wet weather would be done by now, so I just thought what have we got to lose?” Caruso said.

“We’re here, we’ve got tyres, we’ve got petrol, let’s get out there and go around just in case it is wet in quali.

“It was a good little hit-out. We’ve had our fair share of dramas, we’ve already had an engine change, but it’s obviously running well now."

Stanaway dropped back to fourth with those late improvements, followed by teammate Mostert and another Nissan driver in Andre Heimgartner.

The next on-track session is qualifying at 3:50pm this afternoon.