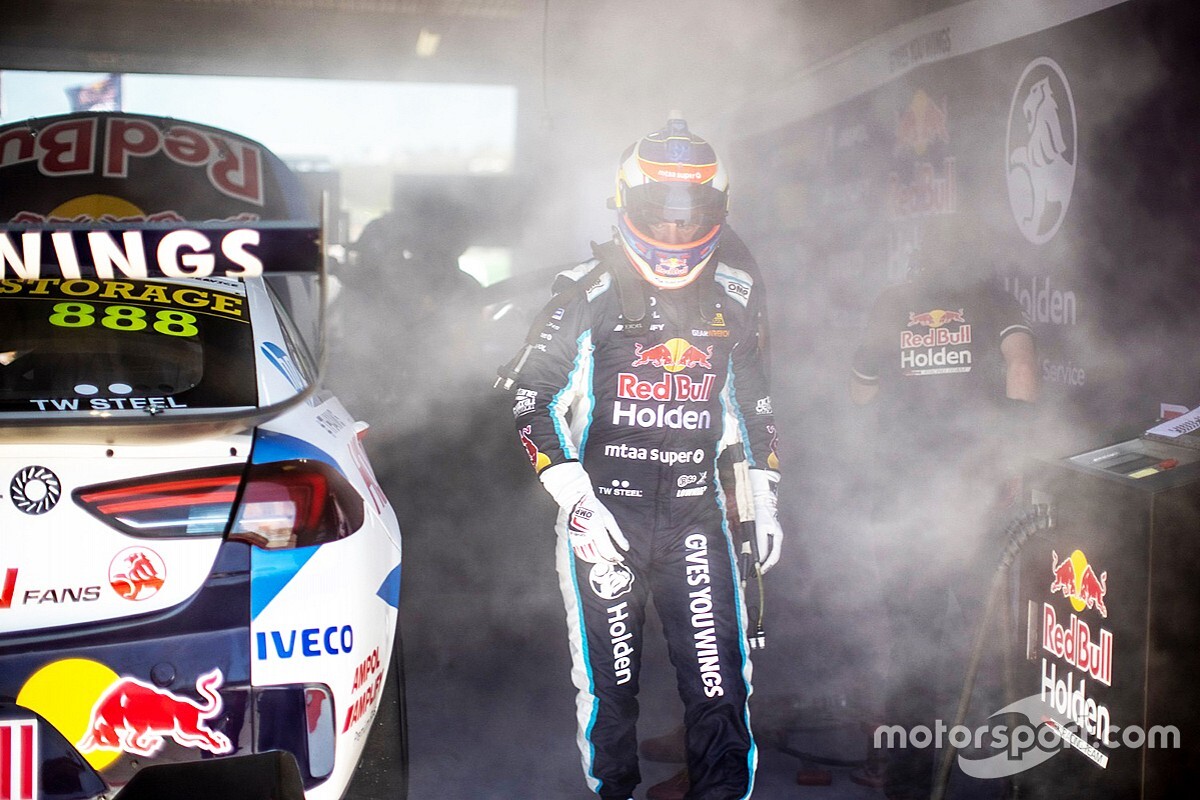 The pre-race favourites set the pace early in the session, Garth Tander putting the #97 Red Bull Holden on top in the first 10 minutes, before Tim Slade took over in the #17 Penske Ford with a 2m07.739s on the 20-minute mark.

Slade then slightly lowered the benchmark with a 2m07.653s, before teammate Tony D'Alberto went fastest with a 2m07.394s in the sister Shell car.

Brodie Kostecki was next to spend some time at the top courtesy of a 2m07.244s, only for Will Davison to kicks things up a gear with a little over 20 minutes to go.

The Tickford ace put in an impressive two-lap stint as he dipped into the sixes, the second yielding a 2m06.588s.

That set the scene for a wild final few minutes, the co-drivers engaging in a thrilling shootout for top spot.

Slade twice went quickest as a handful of drivers traded blows, Warren Luff and Davison briefly on top in between.

Moffat then jumped everyone with a 2m06.058s on his final run, a very late challenge from Kostecki falling 0.02s short.

"It's nice to remember how to do it," said Moffat. "It's been a fair while. This year is very unique and the vibe coming into the weekend has been very strange with no fans. The atmosphere from the fans is what really makes this a great event.

"The car was pretty solid then. Full credit to the team, they rolled the car out of the truck close to where it needs to be. You know what this track is like, it's all about confidence. If you've got that confidence, then the lap time comes."

Lowndes, meanwhile, was unable to take part in the end-of-session happy hour, his running cut short thanks to a power steering failure.

His Triple Eight Holden pitted in a cloud of smoke after 25 minutes, the issue unable to be resolved before the end of the session.

He finished up 23rd fastest.