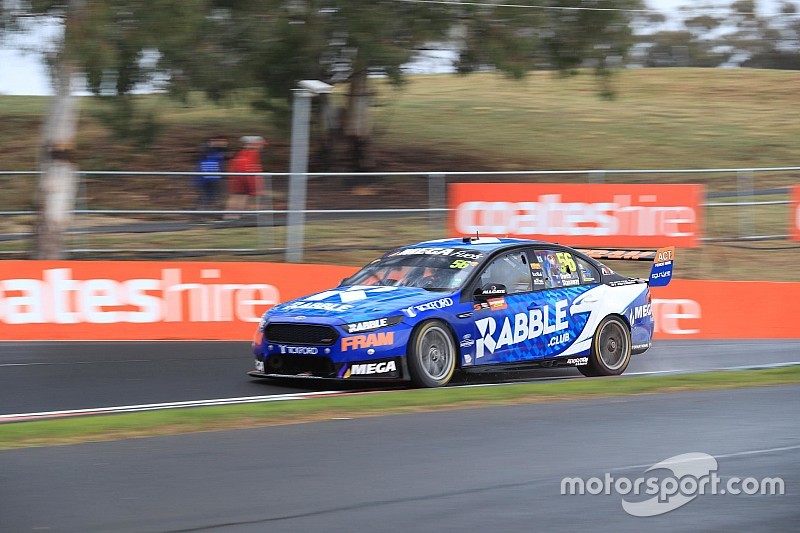 It was another slow start to the hour-long hit-out, a number of crews playing it safe and not running for the first half an hour.

Out of those that did venture out into the rain it was a pair of Tickford Fords that set the early pace, Chaz Mostert first to break the 2m30s mark with a 2m29.724s, before Richie Stanaway took over at the top with a 2m29.017s.

Despite conditions stabilising, Stanaway's time went unchallenged over the remaining 45 minutes. The only minor scare came from Fabian Coulthard midway through the session, however in the end it was Stanaway that finished up on top by just over a tenth.

“It’s obviously been a disappointing season, but when the conditions are a bit mixed you can kind of capitalise, so it was nice to do that today,” said Stanaway.

“It’s been frustrating, but I’m pretty patient, the guys at the top have taken five or 10 years to get there.

“The team is working hard and we’ve got a new car next year, so hopefully we can have some dry pace as well.”

Scott McLaughlin made it a DJR Team Penske two-three, although was more than four-tenths behind Coulthard and over half a second off Stanaway. Mostert's time ended up good enough for fourth, making it a top four lock-out for Ford.

Shane van Gisbergen was the best of the Holdens in fifth, while Cam Waters rounded out a solid day for Tickford in sixth.

Craig Lowndes survived a high-speed off at The Chase to go ninth quickest followed by Simona de Silvestro.

Jamie Whincup was the most high-profile driver to not bother running at all, Triple Eight opting to park the Sandown-winning Commodore.

“We’ve got a programme this weekend,” he said.

“There were a couple of items we could tick off in P1, but there was no purpose in going out in P2 or P3.

‘Tomorrow is going to be dry, so we’ll go out and try and tick off the rest of our programme.”