Cam Waters kicked off his Bathurst 1000 campaign by topping the first practice session, while there was contact between the #17 Penske Ford and the #97 Triple Eight Holden. 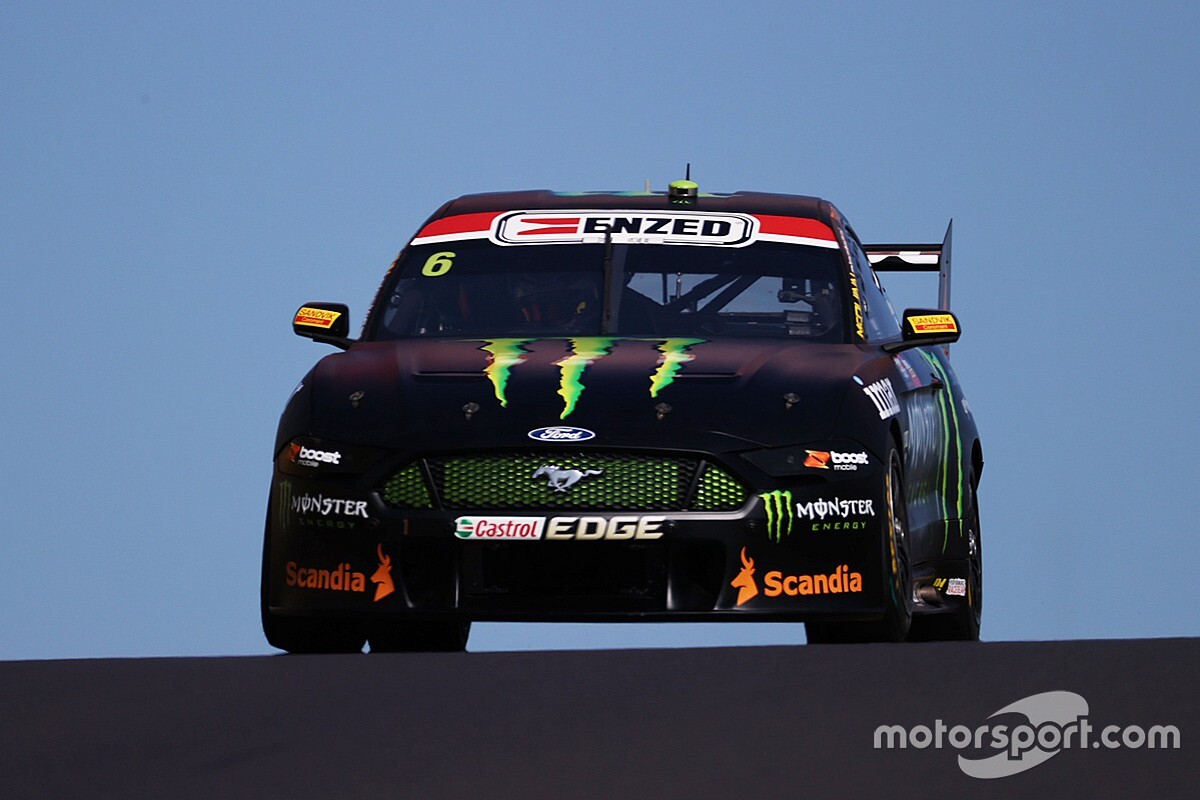 It was a relatively quick session from the word go, Scott McLaughlin wasting little time dipping into the sixes with a 2m06.536s on his first run.

The freshly-crowned champion was first into the fives, too, a 2m05.871s at the mid-way point of the session leaving him six-tenths clear of the field.

McLaughlin wasn't there when the track was at it's best, though, handing the #17 Penske Ford over to co-driver Tim Slade for the last part of the session.

Waters then got the best of the happy hour in the last few minutes, lowering the benchmark to a 2m05.023s on his final run.

"It's a good start to the weekend," said Waters, who will share his Tickford Mustang with Will Davison.

"The car was pretty good, I wasn't 100 per cent happy with it. But it's obviously good to start the weekend with a P1 and a straight car. It's only early, we're still trying to make the car do what we think we need it to do."

Those late improvements dropped the #17 down to seventh by the finish, Slade's stint interrupted by a clash with Shane van Gisbergen at Forest's Elbow.

The Shell Ford turned across the Red Bull Holden on the way into the left-hander, Slade taking the blame and putting it down to a lack of miles.

"I just said sorry to the guys," said Slade. "I'd just jumped in the car, and we haven't done any real miles this year so everything feels very foreign.

"I jumped in and I wasn't even looking in the rear view mirror. My bad. We're lucky there was no damage and we could press on and get some laps."

Van Gisbergen wasn't as lucky, his car requiring checks in the garage that cost him the last part of the session and left him 19th on the time sheet.

"Bit of an awkward one," he explained. "I could see he was pretty slow. I was on a lap but I bailed out, gave him some space and waited for him down the hill.

"And then as we got the Elbow I made my intention clear to pass him down the inside. He went super wide, saw me, and then he just came across. I got into the brakes to try and pull out of it but I couldn't.

"I thought he'd seen me, but obviously he hadn't. I feel for these co-drivers, they haven't done many laps. But it sucks for us to lose the track time, we were working through a good programme there."