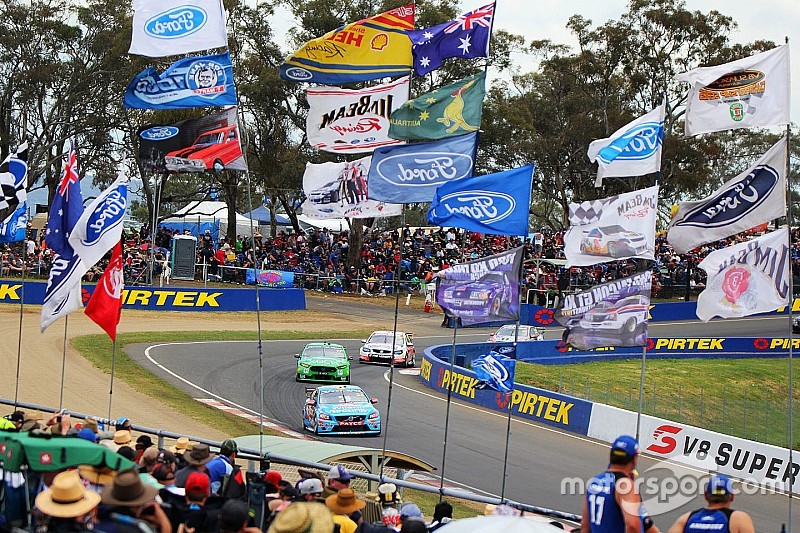 A near record-breaking Bathurst 1000 was worth around $5.25 million per day to the city, says a local news report.

The 2015 Bathurst 1000 was the second-biggest on record, V8 Supercars reporting that a whopping 201,416 people attended the event across the four days, up more than 6,000 on last year.

According to local news outlet Western Advocate, the event gave the Bathurst economy a handy $21 million boost – which equals $5.25 million per day across the four days.

That figure balloons to $55 million in total for the New South Wales economy.

“There’s no doubt about it, it’s an event that generates millions of dollars into Bathurst,” NSW tourism minister Stuart Ayres is reported as saying by the Advocate.

“If you went through the restaurants and pubs and clubs, and even a lot of the home stays, these people will spend money at a number of establishments.”

Bathurst mayor Gary Rush agreed that the event was a huge boost the region’s economy.

“It’s great to think that in our bicentennial year that we have cracked 200,000 in ticket sales,” he said.

“It’s one event that any regional centre would love to have.

“Millions of Australians across the country recognise Bathurst and the boost to the economy is significant.”

Bathurst one of the world’s best, says Warburton

V8 Supercars boss James Warburton says that the numbers from the 2015 Bathurst 1000 reiterate that the race is one of the best in the world.

“These numbers confirm Bathurst’s status as one of Australia’s biggest sporting events and one of the world’s iconic motor races,” Warburton said.

“I want to thank all our fans for their support. They are the lifeblood of the sport and we are lucky to have some of the most passionate and loyal fans in the world.”