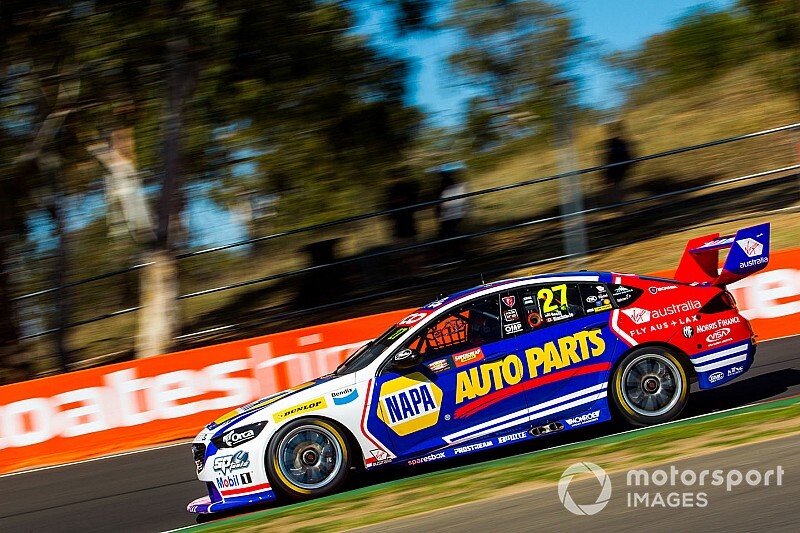 IndyCar driver James Hinchcliffe got his first taste of the Mount Panorama concrete in the sixth practice session for the 2019 Bathurst 1000.

Hinchcliffe backed the Walkinshaw Andretti United Holden into the wall at The Cutting with five minutes to go, forcing the wildcard entry out of the remainder of the session.

It was the second mishap for the NAPA-backed car, after Alex Rossi beached himself at Hell Corner yesterday.

The damage from the Hinchcliffe shunt appears to be mostly cosmetic, the car likely to return for the day's second half-hour practice session at 12:10pm.

"I got into the wall a little bit in The Cutting just trying to find the limit," explained Hinchcliffe.

"[I'm] just starting to push in places we hadn’t felt comfortable pushing before this point and it obviously just got away from me there and tagged the wall.

"I hate to lose the track time for both of us, but I think it’s relatively cosmetic stuff and we’ll get it fixed up for this afternoon."

There were no Hollywood lap times from the opening hit-out, crews mostly focussed on race runs and driver change practice.

There were more issues for the #6 Tickford Mustang, a stuck throttle forcing a lengthy stint in the pits in the first third of the session.

That follows a sensor drama in qualifying yesterday that almost cost Cam Waters a shot at the Top 10 Shootout.

He and Michael Caruso finished today's session in 17th after finally getting on track.