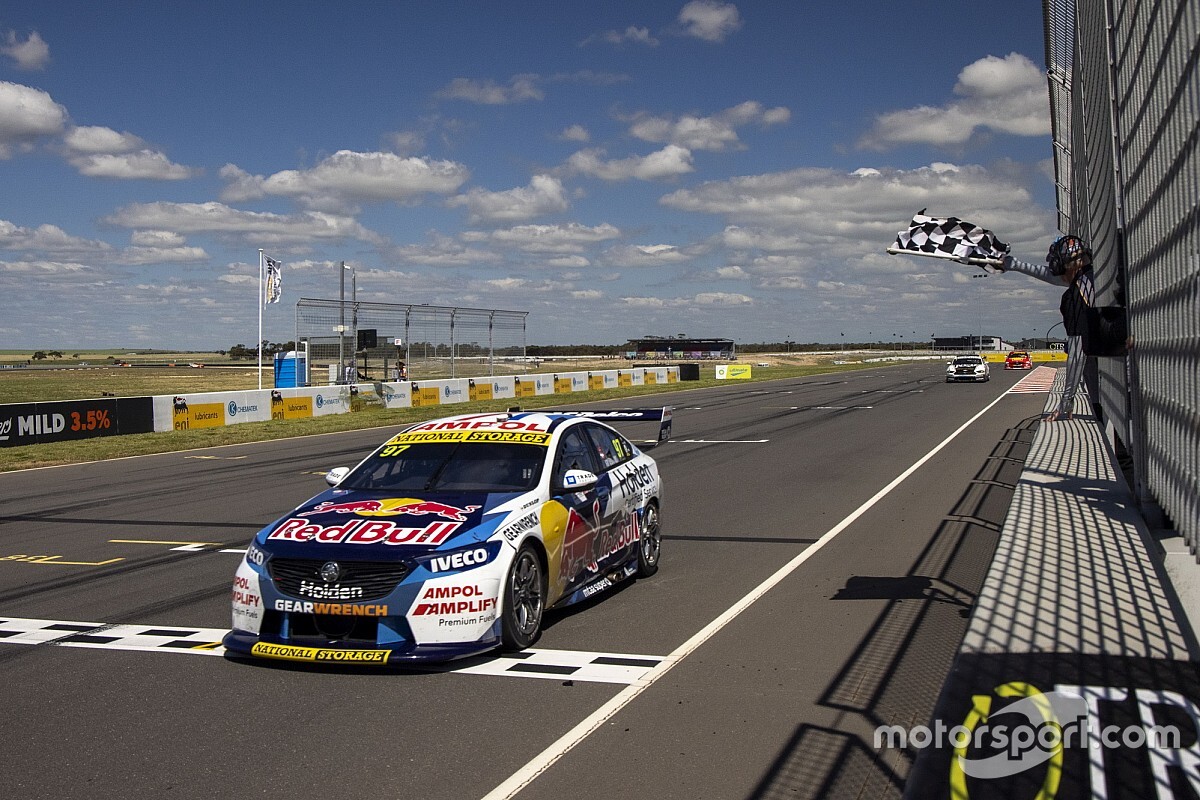 The Triple Eight driver set up the win with a bold move at the first corner, running a high line to sweep past the pair of fast-starting Penske Fords.

He then went long in the first stint, not taking his mandatory service until Lap 14.

That meant being undercut by both Chaz Mostert and Scott McLaughlin, who had stopped on Laps 5 and 6 respectively, but van Gisbergen had the benefit of new rear rubber for the run home.

That helped him pass McLaughlin on his out-lap, before taking the lead off Mostert at the start of Lap 15.

From there he was able to cruise to a 1.1s win.

"What a turnaround from yesterday," said van Gisbergen. "We had no tyre life, we kept blistering them. I struggled at the start [today], taking it easy, and then the car came alive."

Andre Heimgartner ended up second thanks to a brilliant move on both Mostert and McLaughlin on Lap 15.

McLaughlin finished third, right behind Heimgartner, while Mostert struggled with tyre life in the second stint and dropped all the way to 11th by the finish.

That paved the way for Fabian Coulthard, who had run third early in the race, to charge home in fourth, making it an all-Kiwi top four – a first in Supercars history.

Jamie Whincup, meanwhile, dropped 50 points in the title battle with McLaughlin thanks to a lowly 17th place finish.

The seven-time champion was making decent progress from 11th on the grid, only to lose a heap of time during his stop due to an air spike issue.