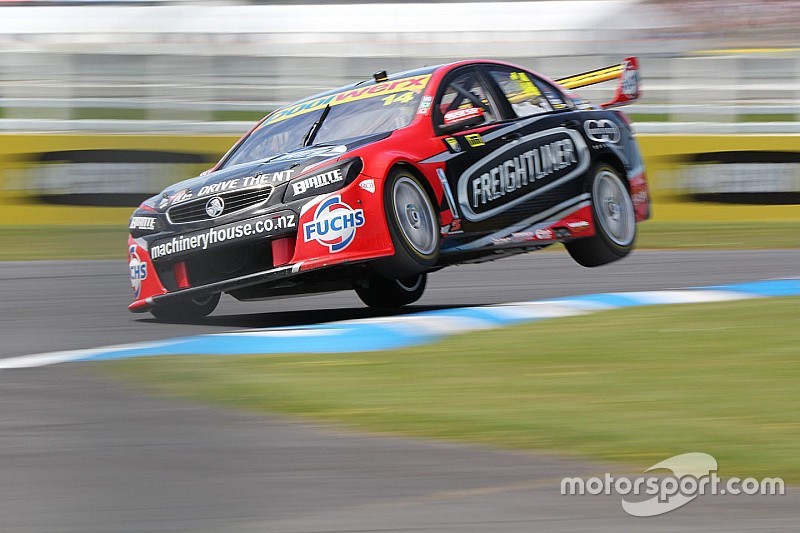 Brad Jones Racing has confirmed that Tim Slade will replace Fabian Coulthard in the #14 Commodore next season.

The announcement confirms one of the worst kept secrets in the paddock, with Slade – currently a Walkinshaw Racing driver – having been publicly linked to the Freightliner-backed seat since Bathurst.

“I’m super excited to join the team next year and really looking forward to it. It is a great opportunity,” said Slade.

“The immediate focus is to finish this year off as strongly as possible and do my best for Supercheap and Walkinshaw Racing. With only the final round left, I want to do the best I can for those guys.

“I think the Freightliner Racing team will suit me, originally being a country boy from Adelaide, and also having experience with a family team background working with the guys from Stone Brothers Racing. I’m looking forward to being back in that family team environment again.

“The team have been one of the benchmark teams since the introduction of the car of the future and have had some really strong race results, which I want to continue for them in 2016.”

According to team boss Brad Jones, Slade comes in to the drive as somebody yet to reach their full potential.

“I am really excited as we feel Tim has untapped potential – which BJR have a history of uncorking with drivers. I think his talent combined with our crew will make for a really great 2016,” he said.

“Talking to people who have worked with Tim say he has a great feel for the car set-up. His good understanding of the vehicle and knowledge is something we are definitely looking forward to working with.

“Tim is going to be a great addition to the team; he has all the attributes that we look for in a driver in terms of speed and commitment.”

Whincup: No problems with helping Lowndes