Boost Mobile chief Peter Adderton has urged an injured Richie Stanaway to not rush his return to Supercars. 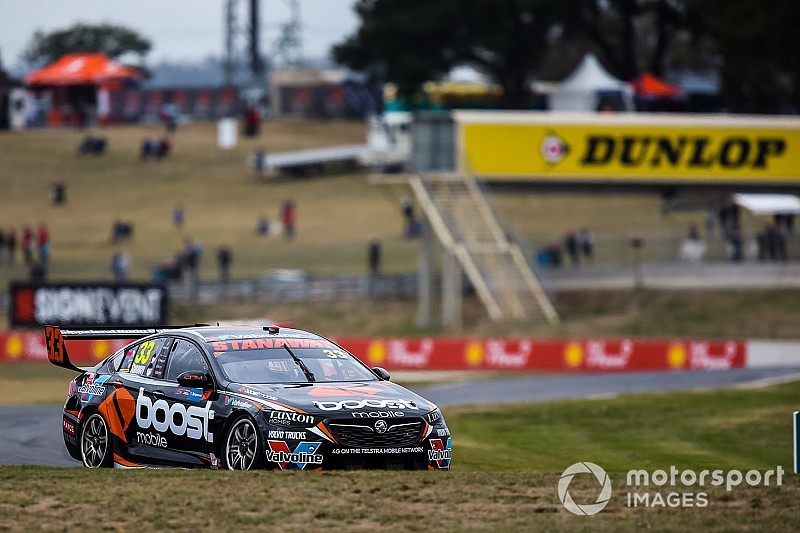 The Kiwi was sidelined midway through the Winton round back in May thanks to the flare-up of a neck injury sustained during a horror crash in a Formula Renault 3.5 car back in 2012.

Despite starting treatment straight after that Winton weekend, he's yet to be deemed fit enough to return to competition and sat out the Darwin and Townsville rounds.

There's also a question mark over whether he'll be back in the #33 Garry Rogers Motorsport car for Queensland Raceway at the end of this month.

Adderton, whose Boost business is the primary backer at GRM, is closely aligned with Stanaway, having orchestrated his deal with the team after the split with Tickford Racing at the end of last season.

However he's not putting any pressure on Stanaway to return, citing the team's current lack of form as a good reason for the driver to be patient with his recovery.

"I talk to Richie all of the time," Adderton told Motorsport.com.

"Obviously it's frustrating for him. But the last thing I want Richie to do is to race back and hurt himself to come 17th.

"I'm more interested in making sure Richie has a career beyond three races. I said to Richie, 'get yourself straight, and even if you're 100 per cent, I want you to be 110 per cent'.

"If he re-hurts himself running 18th like he did at Winton, what's the point of that? If he's going for the championship I could understand. But there's no hurry for him to race back into that car."

Adderton has been a fierce defender of Stanaway through what's been a difficult transition to Supercars, even challenging Craig Lowndes to a $50,000 car swap.

"That kid can drive, I don't care what anybody says," he said.

Caruso, who finished an impressive ninth in wet conditions at Townsville last time out, is likely to return to the GRM seat for Queensland Raceway should Stanaway not be deemed fit.