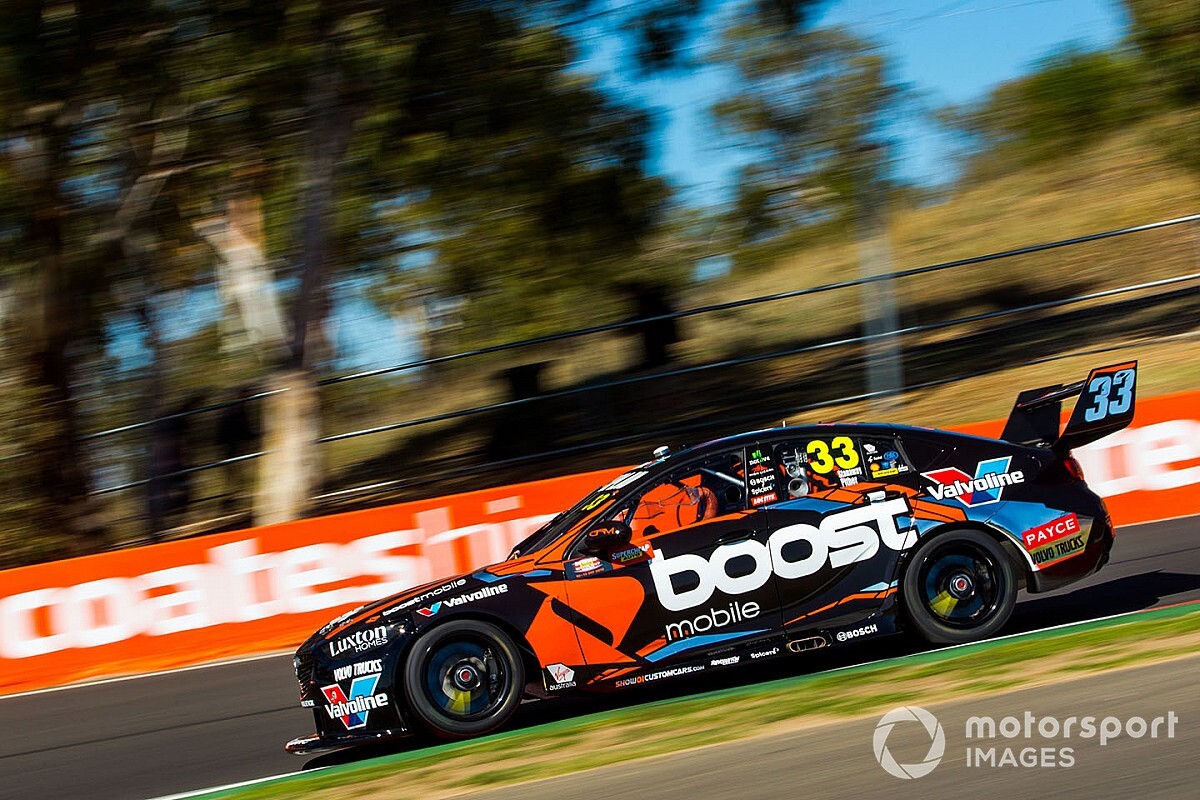 Boost Mobile is assessing three options for its Supercars backing next season.

The youth-focussed telco is currently the naming rights backer at Garry Rogers Motorsport, having driven a controversial makeover of the squad that saw Garth Tander left without a full-time drive.

Continuing with GRM is one of three options outspoken boss Peter Adderton is currently assessing, the other two being a move back to Walkinshaw Andretti United in the wake of the Mega Fuels collapse, and an involvement with the new Sydney team through James Courtney.

"We had five teams we could have sat down with by we eliminated two because it was too hard.

"Trying to find a way of working with Garry and Barry [Rogers] to get the cars going better is a logical play for us.

"And then you have Walkinshaw Andretti United, who lost their sponsor. With the rumour that they've got Chaz [Mostert], all that lines up nicely for us.

"I also offered to help them out with Bathurst when they couldn't get a sponsor. Boost was going to step in and help them out.

"I have an emotional attachment to it because we did it for three years. We didn't want to walk away last year, we were pushed away."

Elaborating on the Sydney option, Adderton admits it's a risky venture and that any involvement would be through loyalty to Courtney.

"The problem with the Sydney team is that it's new. As a sponsor I've been involved in too many teams that are building," he said.

"So I sit back and think that one is a much riskier play. It's probably a team that you'd sponsor in 2021."

For any of it to happen, however, Adderton is looking for assurances from the category over cost-control.

A long-time campaigner for more control parts, Adderton is even calling for a radical, and hugely unlikely, move to a control upright next season.

"Our involvement next year is pending on what Supercars does the even the field," he said.

"Right now, I'm not going the spend millions of dollars and know that if we finish 15th we should be happy. So they've either got to bring the faster cars down, or they've got to get the costs under control.

"I'd love to go down the path of IndyCar. Everything is the same, you get to change the springs. That's it.

"What do you think the fans want to see? They want to see 10 cars on the last lap within a second of each other going at it. That's what people want to see. If you want to talk about engineering, go to Formula 1 and see how that's working out.

"I've made it clear to [Supercars CEO] Sean [Seamer] until that gets fixed... the difference between us and other sponsors like Shell and Penrite is that these guys don't have a lot of other options. They're in the oil and fuels business. So Supercars makes sense.

"But brands like ours, we can go and do anything, because we have a product that everybody wants.

Without the Boost backing, GRM's Supercars programme could face the axe as the team focusses on its TCR and S5000 commitments.

The decision on whether the long-standing team continues in the category will need to be made by next Friday's Racing Entitlements Contract entry deadline.