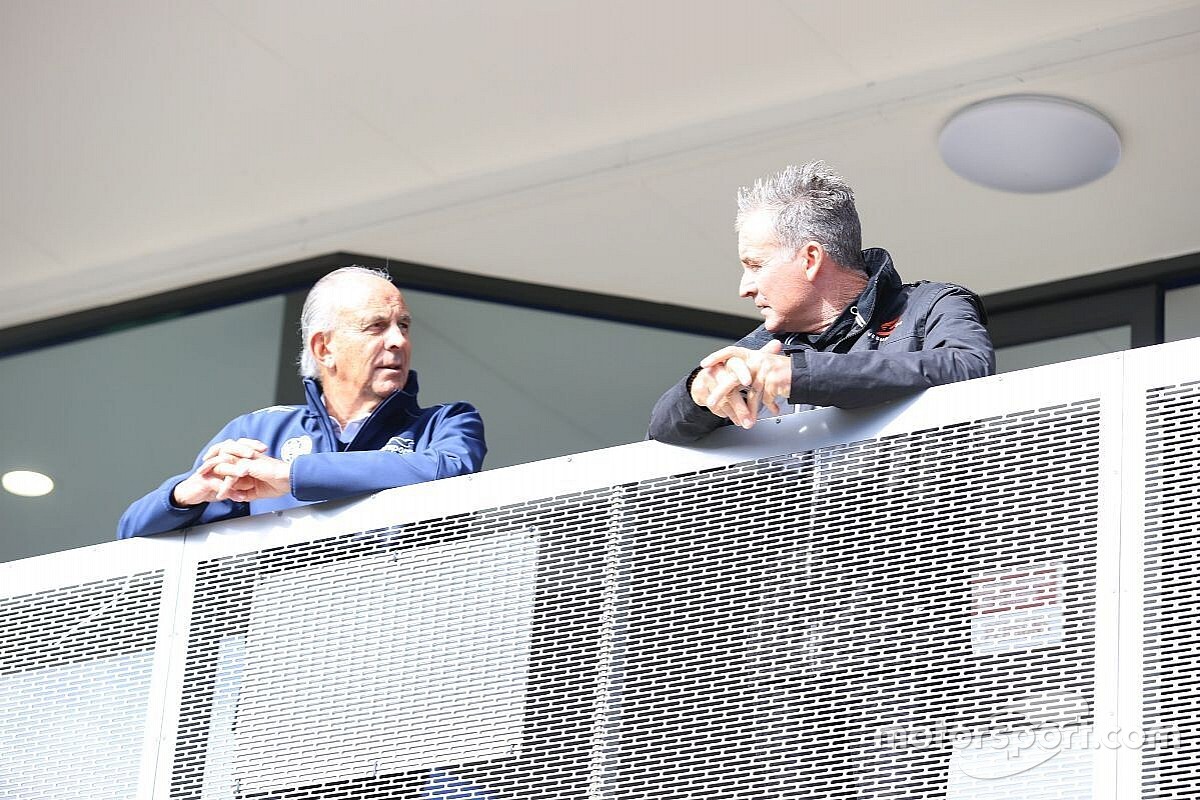 Schenken wasn't part of the border dash from Melbourne last Monday, which saw five Supercars teams, a handful of Super2 teams and some Motorsport Australia staff head straight to NSW when news of the upcoming closure first broke.

Motorsport Australia was instead hoping to secure an exemption for the long-time race director, however with that request turned down Schenken has been forced to stay in Melbourne.

Deputy race director James Taylor, who was part of Monday's border raid, will take over the chief role for this weekend's three races.

Taylor does have experience in the big chair, most recently at the 2020 Bathurst 12 Hour.

“Tim is certainly a very important part of Supercars’ events, however given the current COVID-19 restrictions he has been unable to travel to Sydney," explained Motorsport Australia CEO Eugene Arocca.

"In addition the requirements around self-isolation, without an exemption, would have made it in impractical for Tim to attend.

“While this year has certainly been unique and challenging, we always have plans in place should certain personnel not be available and we’ve quickly enacted these plans with as little disruption as possible.

"We know James, along with all those in race control, and the many volunteer officials around the circuit, will do a fantastic job this weekend.”

It's unknown exactly when Schenken will be able to return to the RD role, given that Melbourne is back to Stage 3 restrictions and both the Northern Territory and Queensland – the next two stops for Supercars – are also not accepting travellers from Victoria.

For the time being, however, Schenken says he'll enjoy watching the coverage of the day-nighter in Sydney.

“I am certainly going to be watching on TV and have full confidence in James and everyone in race control who will do a terrific job,” he said.

“Motorsport Australia has many talented and dedicated officials ready to step up, so the show can certainly go on without me.

“I look forward to getting back into the race director chair in the near future.”