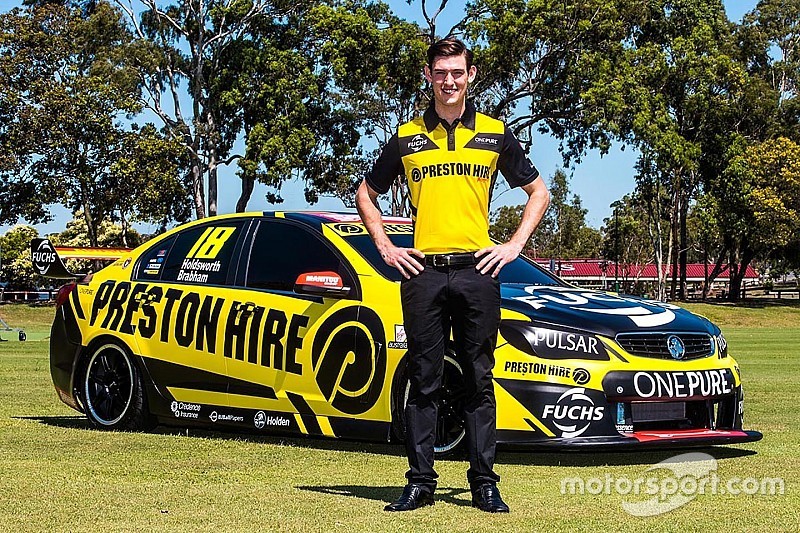 Third-generation driver Matt Brabham has landed the Team 18 seat alongside Lee Holdsworth for the Supercars endurance races this year.

Brabham, who made his Supercars debut with a one-off drive for LD Motorsport in Perth last year, is set to line up alongside Holdsworth in the team's ZB Commodore at all three long-distance races, meaning he'll make his Bathurst 1000 debut.

That means he could feasibly become the lastest Brabham to win The Great Race, with his father Geoff and uncle David having combined to take victory in the 1000 back in 1997.

The news comes just a week after the third-generation Brabham made his first appearance at Mount Panorama, winning Class C at the 12 Hour in a BMW alongside Tony Longhurst and Aaron Seton.

"I have been fortunate to have some terrific days in my motorsport career and this is certainly right up there,” said Brabham.

“The one-off ride last year [in Perth] gave me a small taste of what Supercars is about and I can’t wait to get out there.

“I had my first experience at Mount Panorama last weekend in the 12 Hour and to know that the next time I will be heading back there will be in a Supercar is pretty cool.

“Lee is a first-class operator and has always been good to me and I am sure we will complement each other.

“The current landscape means that it is difficult to secure a solid drive without taking a cheque with you.

“So to be provided an opportunity like this and to be paid as a professional driver is a position that I obviously appreciate and will be protecting by doing the best job I can possibly do in and out of the car.”

Team 18 boss Charlie Schwerkolt added that signing Brabham was a strong move for his single-car squad.

“Matt is a terrific young driver and young man and we believe he will be a valuable asset for our race team as we all progress to the next level," he said.

“Matt is a racer. It goes without saying that it is in his blood and we believe that he will perfectly complement our full-time driver Lee Holdsworth.

“We are proud of the fact that we are giving a young Australian a shot and we also look forward to following his progress in the Stadium Super Trucks through the year.”

Brabham replaces Karl Reindler in the Team 18 line-up, the West Aussie having shared with Holdsworth during the last two endurance campaigns.