Brabham "not intimidated" by Supercars stars 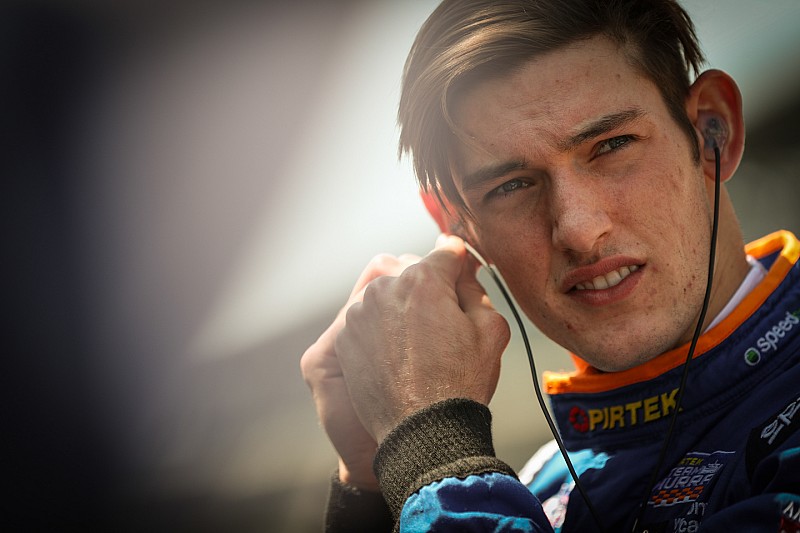 Matt Brabham has no interest in the intimidation tactics from the established Supercars stars, as he looks to make his debut in the ultra-competitive Touring Car series this weekend.

The third-generation racer had his first taste of life as a Supercars driver at Barbagallo Raceway today, with two practice sessions ahead of his debut race weekend in the LD Motorsport Commodore.

But with Formula E and IndyCar starts under his belt, including a spot on the grid at last year's Indy 500, Brabham says he's not concerned about being handed a rookie rough up by the established front-runners.

"I'm not intimidated by anyone at all," he said.

"I've driven against Formula 1 world champions in Formula E, so I'm not intimidated at all.

"I know a few of the guys try and intimidate the rookies, I saw that going on in practice, but it doesn't bother me. I just kind of laugh at it.

"I grew up racing most of these guys in karts, we've known each other since we were seven years old. It's cool to see them on track, and we have a lot of respect for each other.

"Obviously some of the older, more experienced guys want to frighten the rookies and show them what it's all about – but I don't mind that, that's all part of it. It's great sport, and if I was in the same position I'd be doing the same thing."

Brabham was 25th in today's first session, before slipping back to 26th and last in the second after opting to stick with older tyres and run race simulations.

Having never turned a wheel in a Supercar before this morning, Brabham said he enjoyed the 600-plus horsepower Touring Car.

"It's very forgiving in the sense that a lot of things I've driven in the past haven't been forgiving, especially the IndyCar. With that you make one little mistake and it's all over, with this you have a lot more time and it's a lot slower with the reactions of getting loose, or understeering, or under brakes.

"You have a bit more time to react, which I really liked with a car I'd never driven before.

"The power wasn't overwhelming. I've driven cars with a lot more power than that, especially some of the historic Indycars with 1200 horsepower.

"The driving style, if anything, was similar to the Stadium Super Truck because you've got no mid-corner grip and no downforce, so you just brake into the corner, stop mid-corner, and drive off. With an IndyCar you're still trying to go full throttle through the corner.

"I enjoyed it, it's definitely a tough driving style to get used to because it's quite unique compared to other cars around the world. I feel like I'm right there, I think I can compete with these guys."