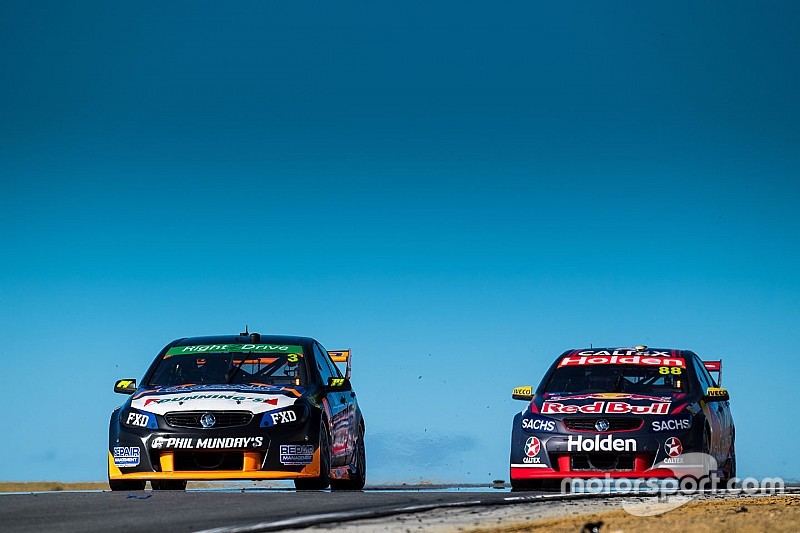 Matt Brabham hasn’t ruled out using his Supercars debut as a springboard to a Bathurst 1000 deal as soon as this year.

The third-generation racer was thrown into the deep end at Barbagallo Raceway last weekend when he completed a last-minute deal to race LD Motorsport’s #3 Commodore.

The deal to replace stand-in driver Taz Douglas came thanks to Brabham being in Perth to compete in the Stadium Super Trucks category, and was supported by long-time LDM sponsor Phil Munday and his Repair Management Australia business.

While it was effectively a one-off appearance, it may not be Brabham’s last drive in the LDM car this season. The squad is yet to lock down its enduro drivers for this year, which means Brabham could find himself in the frame for Sandown, Bathurst, and the Gold Coast events.

And he says he’s definitely open to adding the Bathurst 1000 to his already-diverse CV.

“Yeah, [my debut] gives me a little bit of experience where I know I can go in and have a good time,” said Brabham when asked if the drive had whet his appetite for a Bathurst start.

Brabham endured a tough debut in terms of results, finishing second-last on Saturday and last on Sunday, each time one spot behind teammate Alex Rullo and one lap off the leaders.

But he reckons tyre life was largely to blame for a lack of improvement on Sunday, having gained a lot of confidence in the car after Saturday’s 50 lapper.

“On Saturday we showed such good pace. I definitely had the confidence to run with those guys and we had really quick laps the whole day,” said Brabham.

“I was really looking forward to Sunday. If we had the same race pace as Saturday and had the strategy fall in our favour we’d have been up there. But we struggled. In qualifying we didn’t have the front bar connected at all which is a mistake that obviously hurt.

“In the race it wasn’t much better. I was at the back and Alex and I both struggled big time. We had issues with tyres going off really bad and ended up having to make extra pitstops just to be safe.

“If you’re a little bit off and things don’t work in your favour you end up down the back.

“I think we showed good pace this weekend but we didn’t get rewarded for the pace we had.”

Will Davison back in training after crash injury