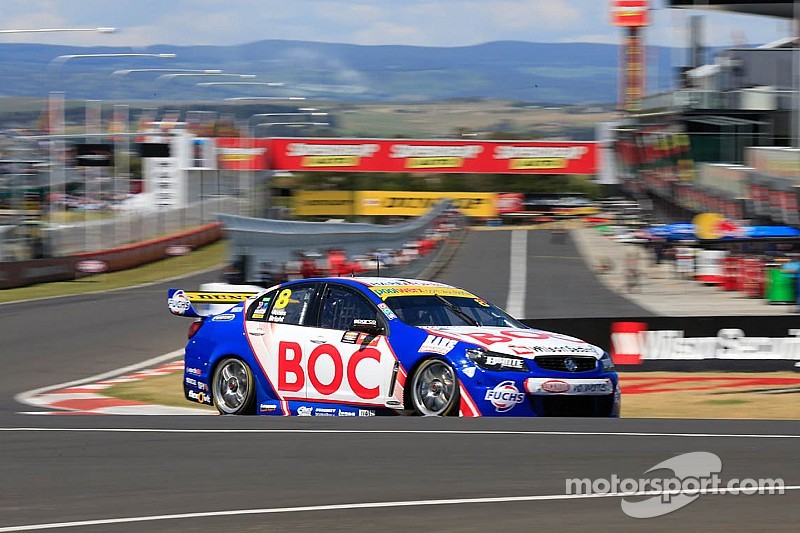 Brad Jones Racing has had some of the worst luck possible today at at Bathurst. Two of their three cars are in the garage, and the other has encountered multiple issues.

Luke Youlden brought out the first safety car after beaching his Holden at The Chase. Later, he struck a kangaroo and runs towards the tail of the field. Later, they had to pry the damaged door open in order to make a driver change.

Under the caution for a roo on the circuit, the unthinkable happened. Dale Wood (co-driver is Chris Pither) came up on teammate Andrew Jones (co-driver is Jason Bright) and was going too fast. He got on the brakes but it was too late. He slammed into the back of the BOC car, causing catastrophic damage to the nose of his machine.

The damage to the rear of the Jones/Bright entry seemed repairable, but the car would not fire after he drove back to the pit lane. The team was forced to push the car into the garage. He has since rejoined the race, but is now multiple laps down.