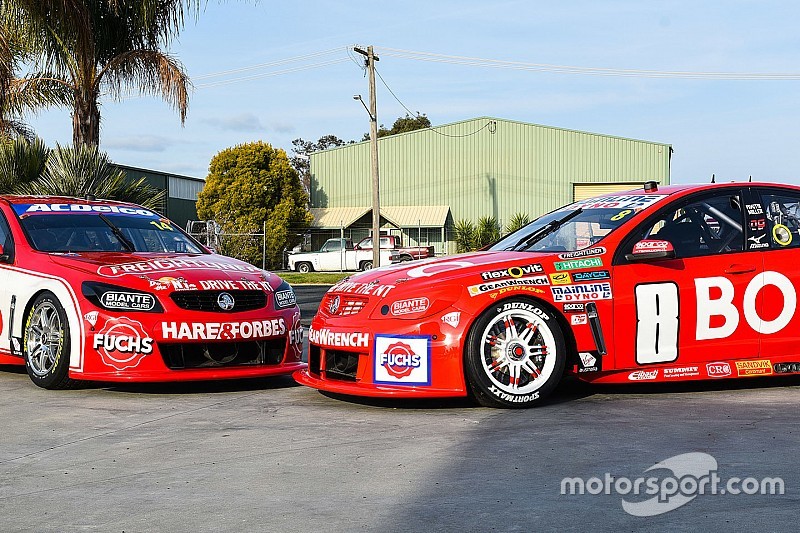 Brad Jones Racing has revealed two retro liveries it will run at the upcoming Sandown 500.

For Bright’s car, the look is a throw back to Brad Jones Racing’s days in the AUSCAR series. And it comes 25 years after Brad Jones won the 1991 AUSCAR titles – one of the five he collected before the team switched to NASCAR.

“Every time I see that car it brings back memories of the Thunderdome and I hope it brings back a lot of memories for those people that used to come there and watch us race,” said Jones.

“The original car was painted and so is this. Mark, Anna and Brad who make up our PPG paint team did a fantastic job on the car.

“This particular car won every race it competed in bar one. I’m hoping we can replicate some of that success at Sandown. It would be great to see Jason and [co-driver] Andrew [Jones] on the podium at the end of the weekend.”

Slade’s car, meanwhile, is inspired by the Holden Dealer Team’s HK Monaro GTS 327, which Jim Palmer and Phil West took to second place at the 500-mile Bathurst race in 1968.

“Freightliner have played a big part in our retro livery design,” said Slade.

“I know a lot of photos were going back and forth to get ideas and inspiration and everyone is really pleased with the result.
“We went black with the Alliance Truck Parts design for Townsville, now we’re revealing something completely different for Sandown. To have done two unique and distinct liveries for Freightliner this year is pretty cool.”

The team is testing at Winton today, ahead of the Sandown 500 in just under a fortnight.