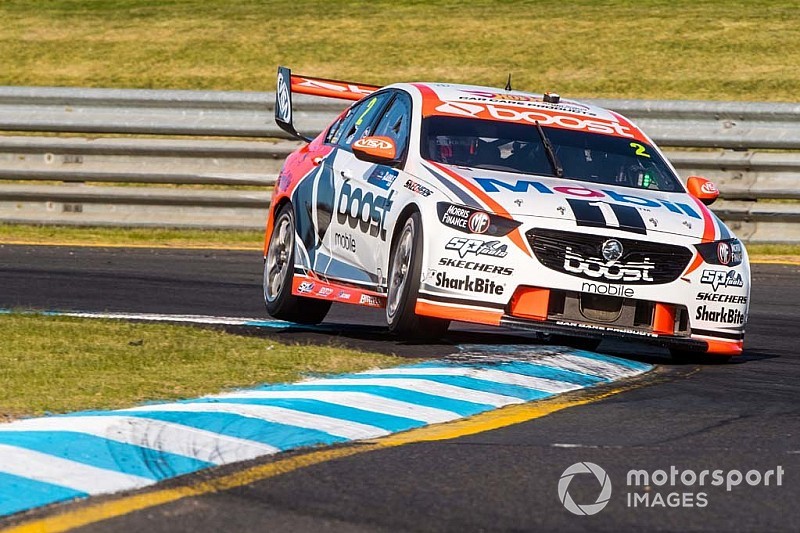 An improvement in car speed has triggered a positive shift in the mentality at Walkinshaw Andretti United, according to driver Scott Pye.

The Sandown 500 weekend was a rollercoaster for Pye and co-driver Warren Luff, starting with a high thanks to Pye's fifth spot in pre-qualifying, which quickly turned into a low when Luff clashed with Jason Bright during his Race to the Grid heat.

As a result the pair started way down in 19th, but thanks to an early first stop and encouraging car speed they were able to battle through the field and come home sixth.

Reflecting on a wild weekend, Pye said that Saturday's disappointment was tempered by an underlying belief that the WAU Holden had plenty of pace – which in itself marks a shift in mentality within the team.

"It hurts a lot when something like [Luff's crash] happens, but it's racing," he said.

"That was kind of the mentality [on Sunday]; we arrived really bummed out about [Saturday] but we knew the car was quicker than we've had in the past, and if everything went our way we could move forward.

"When we've struggled in the past, you're out of the Top 10 in the championship, you're down the order or something, it's harder to swallow those days because you're just not sure what's going to happen tomorrow. You know you've still got a rough car and I think days like Saturday, when you qualify fifth and you miss an opportunity, you're probably harder on yourself about it because they might be fewer and far between.

"But I feel like at the moment we can bounce back the next day if something goes wrong, we just have to keep our heads down and work our arses off."

Following a mid-season slump from the former factory Holden squad, something Pye has attributed to the warmer conditions at places like Ipswich and Townsville, WAU has shown improved car speed at recent rounds held in milder weather.

As a result Pye reckons he can now take the fight to the likes of Erebus driver David Reynolds and the two DJR Team Penske Fords, with the dominant Triple Eight Holdens the next target.

"I think we're in a good position to be in that next group [behind Triple Eight]," he added.

"All year, I've felt like Dave and I are the next two ZB [Commodores]. Dave's done a mega job this year and that team's done a really good job at being consistent and staying where we probably were at the start of the year, before we dropped off a little bit.

"Hopefully now we're back on track a little bit more and we can start to race with Dave and beat the DJR cars. And then the next step is going to be those Triple Eight cars."

Pye's teammate James Courtney had plenty of car speed at Sandown as well, the 2010 series champ third in pre-qualifying only to have his day then ruined by a quali race shunt that left he and co-driver Jack Perkins last on the grid.

They failed to quite make the headway of their sister car, coming home 16th.