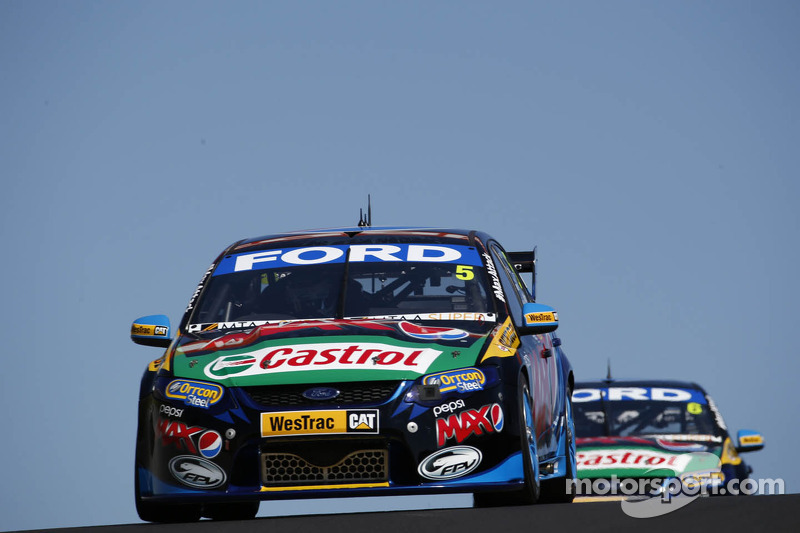 Driving on Castrol EDGE oil the #5 Ford of Winterbottom took the factory driver to his maiden Bathurst victory as he and Richards hoisted the Peter Brock trophy high above the podium at Mount Panorama today. 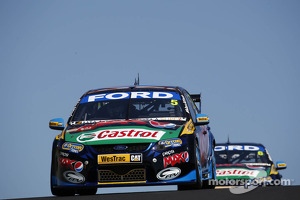 The win takes Castrol oil to a record 18 Bathurst victories at the mountain, a feat not bettered by any other oil.

"That's amazing, I've been trying so hard for 10 years to win this race," Winterbottom said at the post-race press conference.

"I first came to Bathurst when I was four years old and I've always just wanted to hold the trophy at some stage.

"So to finally win it and the battle at the end... to do it with Richo and to do it with FPR is just amazing, I'm speechless almost.

"It's so good to hold that trophy and the reception you get on the podium is just ridiculous.

"I'm sure it won't sink in until later."

The Great Race finished with an epic battle between Winterbottom and Jamie Whincup with less than three hundredths of a second separating the Holden and Ford rivals with one lap remaining.

Lap 161 had the massive contingent of Mount Panorama fans, both on the mountain and watching at home, on the edge of their seats as Winterbottom held off a hard charging Whincup to secure his and FPR’s first Bathurst win.

Winterbottom’s co-driver Steven Richards now adds a third Bathurst trophy to his cabinet with the Castrol-sponsored driver winning back in 1998 and then again 1999.

Castrol-backed FPR teammates Will Davison and Steve Owen pushed through an eventful day to finish seventh with the third FPR Ford of David Reynolds and Dean Canto securing a top-10 berth in ninth.

“For the 60 odd people that work out of FPR, for all of you, our sponsors and for all you Ford fans, we’ve finally done it!” Team Principal Tim Edwards said.