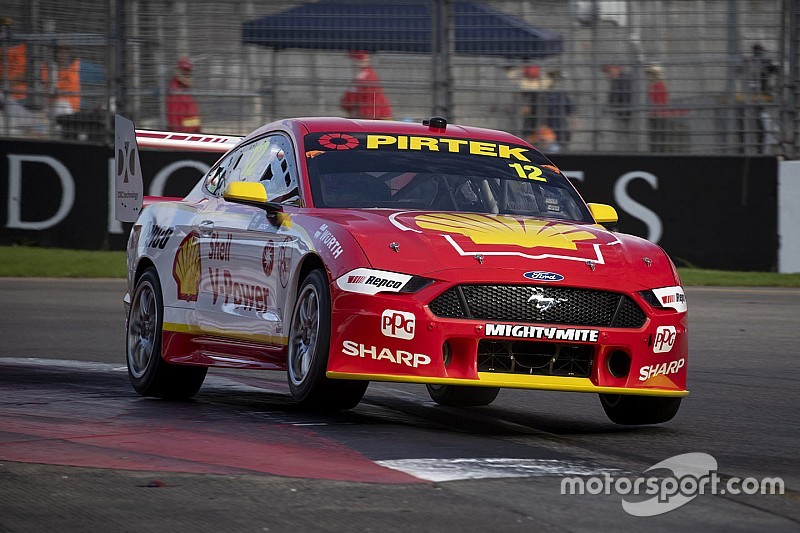 Fabian Coulthard has been bumped back to 10th on the grid for this afternoon's second leg of the Adelaide 500.

The DJR Team Penske driver had qualified third in the single-lap dash, however his time has now been disallowed.

The disqualification is due to crew members working on his Mustang with its bonnet up right before he left pitlane, a breach of the procedural rules.

"The stewards disqualified car #12, Fabian Coulthard, from the Top 10 Shootout for Race 2 for a breach of Rule D6.3.5 – the team worked on car #12 after it was parked in the Pit Lane and while it was under parc ferme conditions without permission from the HoM," read the stewards report.

He'll now start the race from 10th, alongside Chaz Mostert on the fifth row.

It pushes David Reynolds up to third and Cam Waters to fourth, with Will Davison and Nick Percat on the third row.