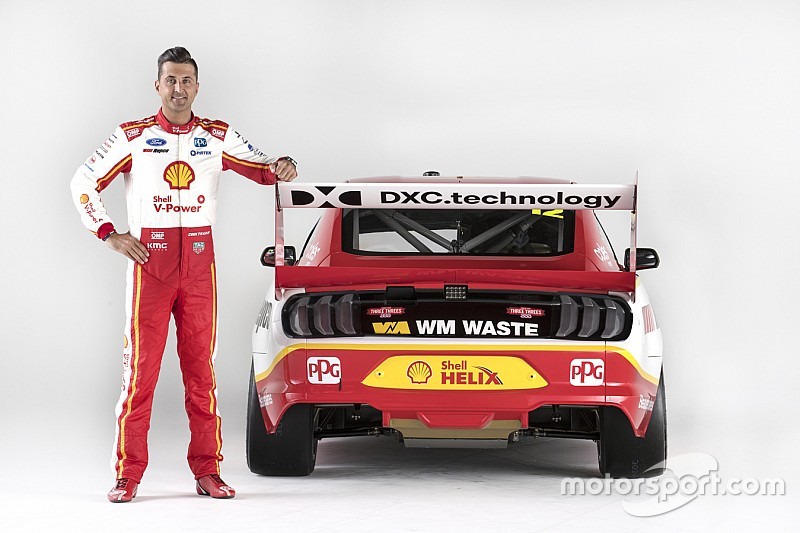 Fabian Coulthard hopes an increase in rear downforce from the new Ford Mustang package will help turn his Supercars fortunes around in 2019.

The Kiwi endured a difficult campaign last year, ending up ninth in the standings and 1467 points behind DJR Team Penske teammate Scott McLaughlin, who clinched the title.

While attributing some of the form to bad luck, as well as playing a supporting role in McLaughlin's title bid later in the season, he also says needing to run a flat rear wing on the ageing FG-X didn't suit his driving style.

And he hopes that could come in the form of the new Mustang aero package, which features a monstrous rear wing.

"I feel like we need a little bit more downforce and some straight line speed," he said.

"We had to run such low downforce to keep up on the straights, which is the thing that probably hurt me the most last year.

"Scott can get away with it, it suits his style. It didn’t really suit my style, so hopefully this car and this package will be a step in the right direction."

DJRTP managing director Ryan Story agreed that the Mustang package should suit Coulthard better, and said the team still 'backs him to the hilt' after the difficult 2018 season.

"There’s no question that there’s some traits to this car that will be more in keeping with his driving style and what he needs out of the car," said Story.

"It was a very challenging year for him last year and some of the things we had to do to the set-up to make the car go fast didn’t necessarily suit his style and the results reflected that.

"He had a little bit of bad luck on his side too and he played the team game towards the end of the season, so we certainly expect him to have a step up in form as a consequence of drafting in this new car. And we back him to the hilt."

However Story wouldn't be drawn on how important improved form is to Coulthard being retained beyond the end of the 2019 season, when his current contract expires.

"It’s too early to talk about those sorts of things," he said.

"For us right now we’re just thinking about getting to the test day, getting to Adelaide and finding our feet with the new car."