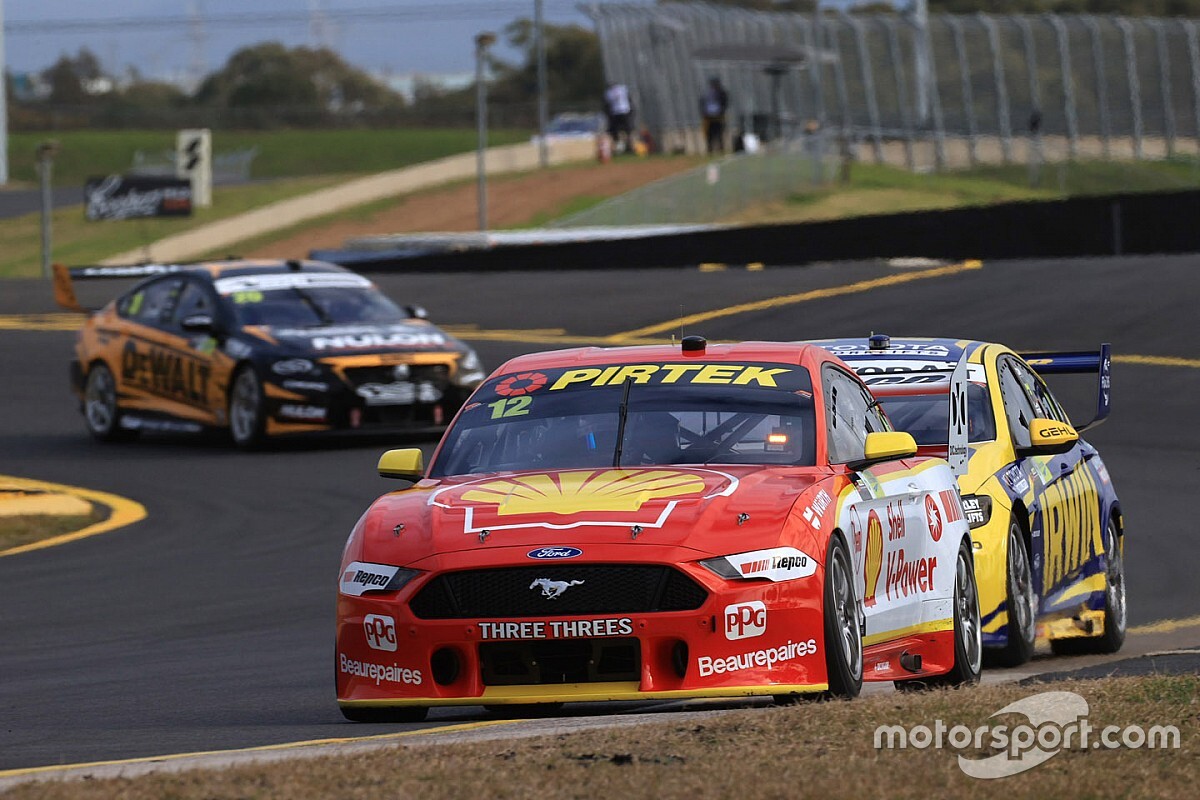 Coulthard was one of just two DNFs from all three races, his Penske Ford rolling to a stop on the last of 32 laps this afternoon.

The Kiwi, who had been running 16th, was forced to hitch a ride back to the pits with Race 2 winner Nick Percat.

Explaining the failure, Coulthard said it was as simple as the lights going out down the front straight.

“I was coming down the straight, pulled fifth into sixth and lost all drive,” he told Fox Sports.

“I asked my guys ‘do I drive it back or stop?’ They said ‘points are points, try and drive it back’ but unfortunately we stopped at the hairpin just after Corporate Hill.

Coulthard endured a difficult weekend to resume the 2020 season, with a 10th and a 15th from Races 1 and 2 and then another mid-pack finish on the cards before the Race 3 failure.

In contrast his teammate Scott McLaughlin won two of the three races and extended his championship lead to 49 points.

Coulthard feels that his lack of pace was a result of not rolling the car out in the set-up window.

“It was pretty hectic really, to go from one session to the next [with] short breaks in between,” he said.

“You relied a lot on rolling the car out close and in the window which, unfortunately for us, we didn’t quite get on top of it."