James Courtney has been linked to an all new Sydney-based Supercars team. 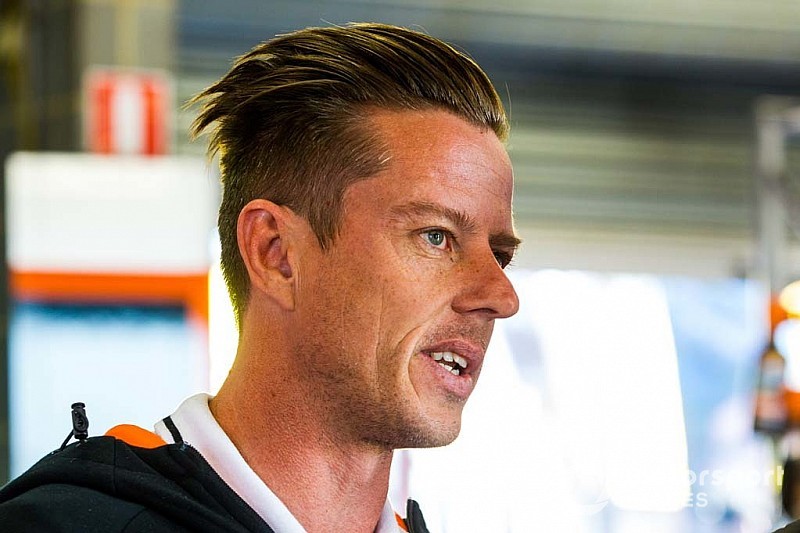 The 2010 series champion has confirmed that he'll depart Walkinshaw Andretti United at the end of the 2019 campaign, stating "an exciting chance has presented itself, and it just couldn't be ignored" in a media release.

Curiously, Courtney has since backtracked on the notion that there's a deal in place for 2020, telling the official Supercars website that "there’s nothing that is done or close to being done or anything".

Having initially been linked to an expanded Team 18 effort, the latest speculation regarding Courtney's future is a new two-car squad run out of Sydney.

Boost Mobile, which backed Courtney during its time with Walkinshaw Andretti United and is currently the naming rights sponsor at Garry Rogers Motorsport, has also been heavily linked to the new team.

Rookie Jack Smith, backed by family company SCT Logistics, has been touted as the potential partner for Courtney in the driver line-up.

Simona de Silvestro, who is managed by Sydney-based former series CEO James Warburton, has also been floated as an option.

Sydney is considered a key, untapped market by both Supercars and the Confederation of Australian Motor Sport.

None of the current teams are based in Australia's largest city, instead split between South East Queensland and Melbourne.

The only New South Wales-based team is Brad Jones Racing, which is headquartered in Albury, right on the Victorian border.

Back in February this year, the NSW government pledged $33 million to Sydney Motorsport Park, the majority of which was earmarked for a permanent lighting system.

It also included $6.4 million to build a CAMS Centre of Excellence, with plans to turn the circuit into "the Silverstone of the Southern Hemisphere", according to then-NSW minister for sport Stuart Ayres.

At the time of the announcement, Supercars CEO Sean Seamer highlighted a desire to have a team based in the harbour city.

“A Sydney franchise would have premium facilities on their doorstep,” he said.

“A Sydney-based team will also have the growing greater Western Sydney community as a support base given the huge number of Supercars fans in the western corridor of Australia’s largest city.”