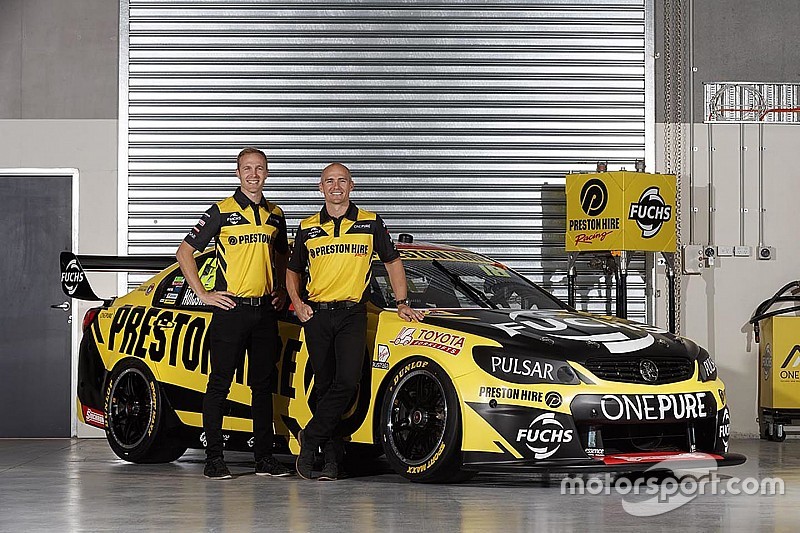 Team Eighteen has revealed a bold new look for the 2017 Supercars season, and confirmed that Karl Reindler will return alongside Lee Holdsworth for the endurance races.

Preston Hire will continue to be the major backer of the single-car team, the yellow theme continuing for a second year with a striking new livery.

Reindler has also been confirmed as regular driver Holdsworth’s partner for the Sandown, Bathurst, and Gold Coast endurance races, returning for a second year in a row.

“It’s great to reveal the car with the team and all of our sponsors,” said Holdsworth.

“The yellow is seriously bright and looks awesome. It won’t be hard to spot the Preston Hire car on track.

“I’m excited about the Clipsal 500 in a few weeks after a long off-season. We’ve all worked extremely hard to come back as a much stronger force for 2017.”

Chris Stuckey will be Holdsworth’s engineer for the 2017 season, replacing Jason Bush.

Team 18 has also recently moved into a new factory, with team boss Charlie Schwerkolt excited about the season ahead.

“The car looks amazing and I think it is the sharpest looking car for 2017," he said.

“I'm so grateful for Preston Hire to be our naming rights partner and Fuchs as our gold partner and lubricants provider once again, it’s just fantastic.

“It’s been a massive six-week turnaround from an empty factory to a new state of the art facility right at my head office in Mount Waverley [in Melbourne], so really proud of the whole team at Preston Hire Racing and Waverley Forklifts.

“Just a big thank you to all of our partners, friends and staff of Team 18.

“We are so excited to go racing at Clipsal and I think we are in for a really good year.”