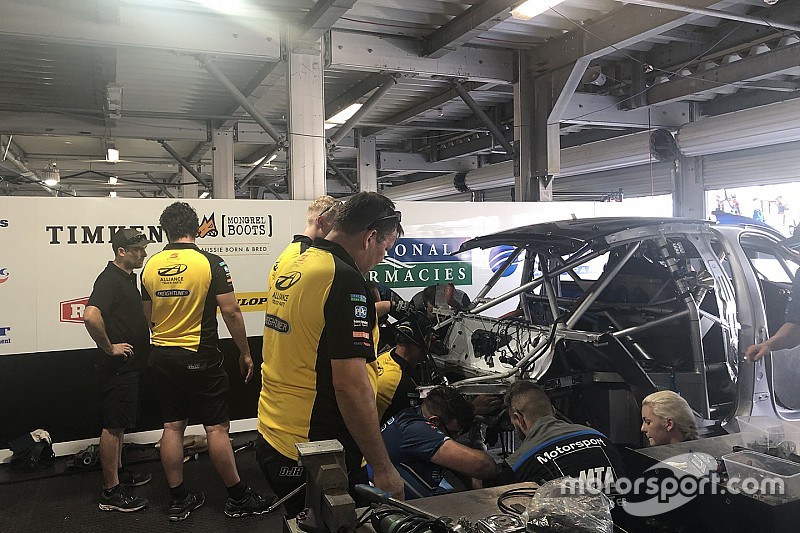 Macauley Jones has been sidelined for today's opening race of the 2019 Supercars season by his massive practice crash.

The rookie's Holden was destroyed after a brake failure on the fast run to Turn 9 in today's practice session, Jones later claiming it was the biggest hit he's had in a racing car.

While the plan was to try and have the car back out for this evening's opening 250-kilometre race, the Brad Jones Racing crew has now conceded that the deadline is unrealistic, and that being on track tomorrow is a more achievable target.

That means Jones will miss what would have been the first race of his full-time Supercars career.

“We’ve got about another three hours of fabrication work for the boys to cut the rear-rails out of the car to replace them.

“Hopefully after that, the mechanics can jump in, put it back together and you’ll see us back on the grid tomorrow.

“Not the way we wanted to start the debut, but it is what it is and we’ll come back tomorrow strong.”