The former racer-turned-series commentator spent the day behind the wheel of a third WAU Holden taking passengers for rides around the Melbourne circuit.

The team's regular drivers Chaz Mostert and Bryce Fullwood were also in action with their Bathurst co-drivers Lee Holdsworth and Warren Luff, while Kurt Kostecki also helped the team get through a packed programme of rides.

"[WAU media manager] Andrew Wiles and [team principal] Bruce Stewart called me a month or so back and Andrew said 'don't swear, don't laugh, but do you want to have a run? Because we've got a huge number of passengers to process and we're going to bring a third racing car," Crompton told Motorsport.com.

"It's been a really intense, busy start to the year across all the different things in my business and I thought, 'you know what, instead of standing behind a computer all day long this might be something nice to do'.

"It was great. I wouldn't describe it as driving, it's probably more functioning the car than driving it. There's a big difference.

Crompton, who retired from full-time Supercars racing at the end of the 2002 season, said power and stability were the noticeable features of the WAU racer.

"You notice the grunt," he said. "A little bit of that is just sticker shock because I'm used to driving around the suburbs at 60 km/h. So as soon as you drive something where the air speed is up it grabs your attention.

"I was quite surprised, I thought 'wow these things ride well'.

"And it's interesting to see the finite brake bias control and the way the front anti-roll bars work. That's good for my job.

"It's a ridiculous privilege. I know I've done a trillion miles in the things, but I'm an older guy and it was a long time ago now. It's not far away from the day where I won't be able to physically or mentally do it. But I felt 100 per cent, it felt like I belonged.

"[Garth] Tander told me that I was wobbling, that was his full and frank assessment."

Crompton had a long, successful career as a driver, working with teams such as the Holden Racing Team, Wayne Gardner Racing, Ford Tickford Racing and Gibson Motorsport along the way. 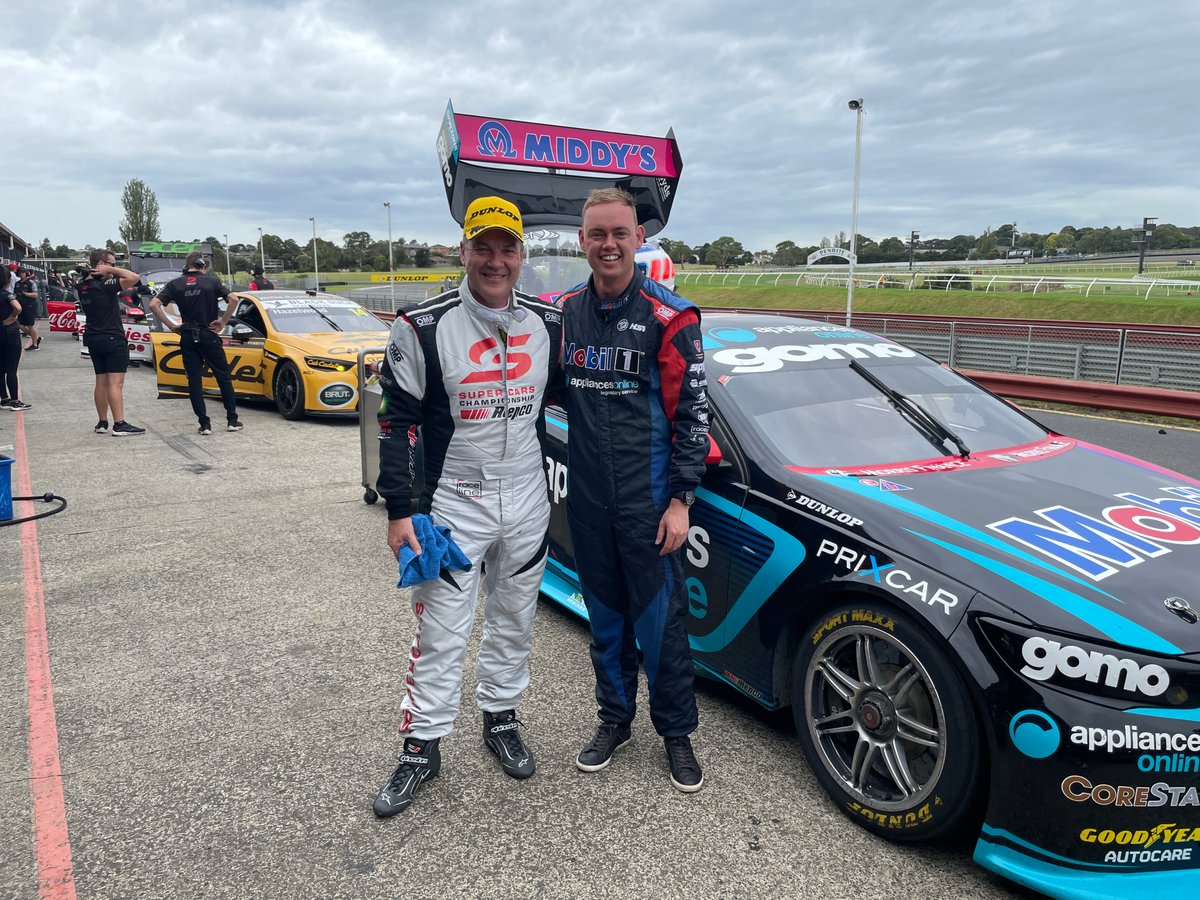